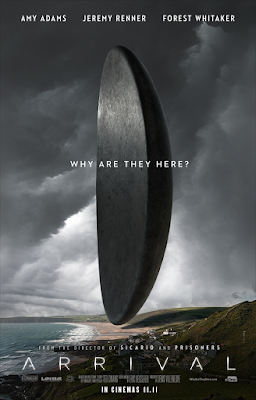 Hybride, a division of Ubisoft, is extremely proud to have contributed its VFX expertise to Quebec filmmaker Denis Villeneuve’s latest sci-fi drama, Arrival.  Hybride has previously worked on several international mega-productions including Avatar, The Hunger Games, Jurassic World, Star Wars: The Force Awakens and Warcraft and now bring their magic to Arrival.

When 12 mysterious spacecraft touch down across the globe, an elite team is brought together to investigate. As they go inside one of the ships, they meet the aliens up close and slowly start learning their language.

Teaming up with VFX Supervisor Louis Morin, Hybride—serving as the film's main VFX vendor—skillfully crafted 245 VFX shots for a total of 25 minutes of screen time, including all the alien shots seen in the movie.

Hybride artists were also responsible for the “logograms”—the written language used by the aliens as they attempt to communicate with the humans. Working with concept art supplied by the production team, Hybride artists took over the development of the transition effects, delivering a total of 70 logogram shots for the film. Other VFX by Hybride include look development and animation for the fog, where realistic interaction with the aliens was critical. “We are extremely proud of our participation on this film, which is already a huge success,” said Pierre Raymond, President and Head of Operations at Hybride. “It’s very motivating to be given a mandate where creativity is at the heart of the process. The visual effects requested for Arrival were quite ambitious and we’re especially honored by the confidence Denis Villeneuve has shown us by entrusting Hybride with key scenes in the film. "

Since its release, the international press has called the film "poetic science fiction", "remarkably intimate and contained”, "beautiful, with a very intimate mature approach."

About Hybride
Hybride Technologies, a division of Ubisoft, is a Quebec-based company that specializes in delivering spectacular visual effects for the film and television industry worldwide. First digital studio in Quebec, the company is celebrating its 25th anniversary this year.

Hybride is currently working on: The Great Wall, Valerian and the City of a Thousand Planets.