Movie Review: "The Edge of Seventeen" is Predictable, But Wonderfully Honest

As a critic, I am obligated after each press screening to stop and give a studio representative my initial thoughts on the film so they can jot them down in a notebook to send to the studio (what the studio does with it, I have no idea.). As I left this movie on 11/16.2016, the following exchange took place:

"What did you think?"

"Well, honestly: I was so involved in the characters and so engrossed in the story that I actually forgot through the whole movie that Donald Trump was just elected President." 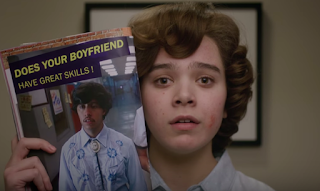 That's not to say the movie was everything I expected it to be. The trailers gave me high hopes for a Silver Linings Playbook style triumphant dramedy that had me laughing throughout with a joyous affirmation of how, despite our struggles, it's great to be alive. But while it's very funny, and ultimately sweet and tender, The Edge of Seventeen can be pretty sad and downright depressing when it wants to be. Fortunately, that is a strength. It captures the feelings of loneliness and isolation, and the way self pity and self loathing can become a selfish obsession not far removed from narcissism, painfully well, and delivers a poignant message.

Nadine Byrd (Steinfeld) is an awkward High School junior with a complex about her inability to fit in anywhere. She's always clashed with her mother (Sedgwick), who favors her brother Darian (Jenner), who is the kind of kid for whom everything comes easily, and he excels at school in every way. Her existence is brightened only by her father, and by her BFF, Krista (Richardson.) Nadine and Krista have been inseparable since kindergarten.

Things change drastically, however, when Nadine's Dad is killed in a car accident, sending her world into a spiral. Her friendship with Krista becomes all important as Mom relies on Darian as both her dependable support system and as her pride and joy, and as far as Nadine can tell, he relishes his place as the perfect favorite son. 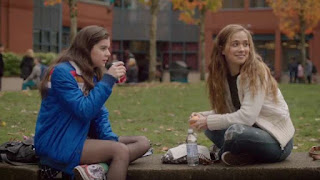 When chronic internet dater Mom goes out of town for the weekend to meet a guy, the kids have the house to themselves. Nadine and Krista do everything two teenage girls can fit into a musical montage set to "Ballroom Blitz" without ever leaving the house, and Darian has a pool party. But when Nadine passes out in the bathroom after drinking far too much, she awakens to find her best friend and her brother having their own improvised "playdate." 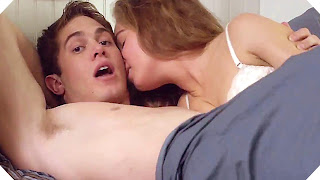 Nadine's virtual vortex of teen angst becomes complete when Krista and Darian officially come out as a couple, and this betrayal of the code of friendship leaves her without anyone. Desperation causes her to turn to Mr. Bruner (Harrelson), her sarcastic and bored history teacher. More than anything, Nadine uses her teacher as a way of talking to herself, as he seems to have very little interest in interacting with anything aside from his daily sack lunch. But the two start to engage in something of dance-off of cynicism and apathy, and she starts to view him as a sort of mentor.

This isn't cutting edge film-making in terms of storytelling or use of cinematic language, and it's pretty predictable at times, but first time writer/director Kelly Fremon Craig is more interested in being true to the characters, and to reality, than in dazzling us, and it's very refreshing. This is a movie where the teens look like teens, live like teens (albeit upper middle class teens), and attend a High School that actually feels like a real High School.  If the plotting tends to veer off into melodrama territory, it does so in the way every teen sees their own life doing so, and it avoids silly contrivances. And even if Nadine's wants to see everyone as a villain in her story, every character is given a chance to show that they their own layers. 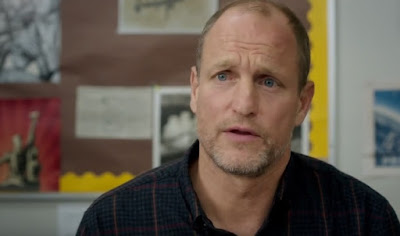 Steinfeld, who made such an impression in True Grit, has worked steadily but found a difficult time nearing anything like a strong follow up vehicle. Starting with being poorly utilized in Ender's Game and culminating in the embarrassment of Romeo and Juliet, she's had almost as hard a time finding her place in Hollywood as Nadine does in finding her place in her own little world (her biggest box office success may have been the abysmal Pitch Perfect 2, but her most memorable film and performance has actually been the much maligned, extreme guilty pleasure Three Days To Kill with Kevin Costner.). But here she is perfectly cast in a role that could not suit her more perfectly, and every moment she shares on screen with Harrelson is thoroughly delicious. The veteran actor and Academy Award Nominee still manages to remain underrated, with an ability to steal any movie he's in with ease, but he never seems to take a selfish approach and consistently lifts up the performances of those around him. Sedgewick takes on the unenviable task of making the needy, ineffectual Mom character deserving of a degree of sympathy, and pulls it off masterfully, and Jenner's perfect, All-Star athlete with perfect grades older brother turns out to be much more interesting than he seems (the script and the actors he has to play off of certainly play a part, but Jenner himself deserves credit for the nuance he brings to it.). But all of this comes together because of a writer/director who clearly loves her characters, but never becomes self indulgent enough to take it for granted that the audience will unless the characters earn it. Hollywood icon James L. Brooks (The Simpsons, As Good As It Gets, Broadcast News and Terms of Endearment), who serves as producer under the banner of Grace Films (shhhh!) has spotted a potential star behind the camera and wisely allows her to strut her stuff with a mixture of confidence and restraint.

This isn't going going to be everyone's cup of tea, and anyone hoping for an Easy A style John Hughes homage is going to leave very disappointed. But if you're looking for a completely movie with charm, depth and a surprising sense of subtlety, you may find The Edge of Seventeen to be just the ticket.