Warwick Davis Confirms He Will Be In Star Wars Episode VIII. Compares Movie To Empire Strikes Back 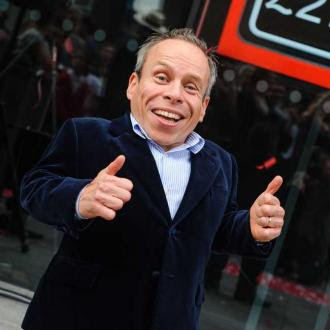 In a recent interview with news.com.au, Warwick Davis confirmed he has a role in Star Wars Episode VIII but obviously kept quiet about the story and what his role will be.  He also reveals how much of a fan of J.J. Abrams he is.  He tells us:

"I enjoyed (The Force Awakens) immensely. I'm excited by JJ Abrams work anyway, I love his style. For me, it's very reminiscent of the films I went to when I was a kid. I loved Super 8 and I love Star Trek, and it just reminded me of many of the great films of the 1980s. There was such a great energy, I think he captured the humor of the original trilogy so well."

The 46-year-old actor confirmed he has a role in the upcoming Star Wars movie and teased what to expect from the follow-up to The Force Awakens by saying, "It'll leave us with some cliffhangers,"

"I think (The Force Awakens) sets up the trilogy very well," he said. "Obviously we're moving into the territory of 'Episode VIII' very soon as well. And much like Empire Strikes Back, I'm sure it's going to deliver some quite impactful story moments, and it'll leave us with some cliffhangers as well which resolve in (Star Wars Episode IX)."

Warwick Davis in Life's Too Short: