The Car’s the Star 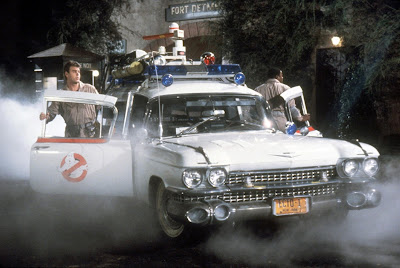 Movies are brilliant, they allow us to get away from it all and live in a fantasy world for an hour or two. Whether we’re watching aliens take on our favourite chisel-jawed actor in a battle for the human race, or whether we’re watching a character triumph against all odds to fulfil a heart-warming goal, it’s all good. Though of course, it’s always better if cars are involved, right?

Cars and cinema have gone together for as long as, well, cars and cinema have been around. From the early days of silent films with the likes of Buster Keaton through to the modern offerings like the mighty Fast and Furious franchise, cars have always been a welcome addition to our popcorn-munching. Though of course, we’re not talking about any old car here. Oh no, we’re talking about cult classics. The films in which the cars were part of the story, not just something in the background.

From these films, we have cars that have become icons. We celebrate them in pop culture and we remember them as fondly as we do the actors who starred alongside them. Cars like the DeLorean DMC-12 from Back to the Future, for example.

Mention Marty McFly and you’ll soon find yourself picturing the car in which he and Doc travelled through time. And rightly so – the DeLorean was a car like no other. To the uninitiated back in the ‘80s, it looked like something made for the film, not something you could actually buy! 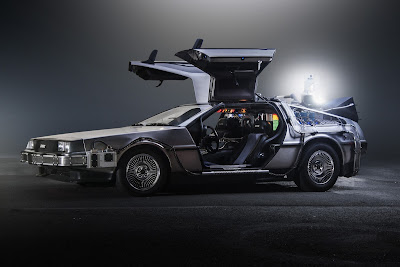 Cars in movies have to be chosen wisely. You can’t just throw any old metal in there; you need something that can silently hold its own as a character, despite not having any lines. The DeLorean was a perfect case in point. Its dramatic image, the stainless steel bodywork and the gull wing doors – it looked like a time machine! Plus, it worked a lot better than what the script originally suggested, namely a refrigerator.

No, we’re not kidding. Can you imagine the adventures of Doc and Marty being as popular if they were in a box made by Zanussi? Exactly. It would have been rubbish. And kids would have locked themselves in the fridge while trying to get to 1955.

See? The car is important. There are other obvious examples like the AMC Gremlin from Wayne’s World, or the Cadillac Ambulance from Ghostbusters. You think of the film – you imagine the car. It’s all important stuff. Sometimes though, the film can use a car to bolster a character and strengthen his or her image, too. While not being the standalone hero of the picture, they were still just as important. A case in point would be the 1968 Mustang fastback from Bullitt. 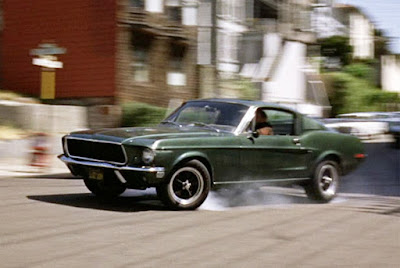 We all know Bullitt. We all know the incredible car chase between the aforementioned Mustang and the bad guy’s ’68 Charger. We all know that glorious noise the Mustang makes with each gear change. But, did you know that car was chosen because it best suited the protagonist, Frank Bullitt. It was a car a cop could afford, but it was also a car that had some bite, some attitude. It was believable. It was Frank through and through. And as such, it became a part of the film’s tapestry. It was the perfect example of automotive casting.

Though of course, we can’t ignore the Dodge Charger. The obvious jump (no pun intended) to make here is to think of the good old Duke boys flying through the air screaming “yee-haw”. However, while you think of the car, you do so as a by-product. There was no overly thought-out casting here. It was simply a cheap car of which there were plenty of at the time. They were cheap to buy and consequently, cheap to destroy by the hundreds.

In reality, the Charger has earned its name in cinematic history not through the orange and the ‘01’ on the door but from being a faceless (headlights aren’t visible when they’re off, remember) hard-ass of a car. Take the Duke boys out of the equation and what do you have? You have the bad guys in Bullitt. You have Blade stalking the city at night for vampires. You have the forever in turmoil Dominic Toretto on the wrong side of the law. And of course, you have the insane Stuntman Mike in battle with a Dodge Challenger. These are all examples of a car being cast perfectly. You want action; you hire Bruce Willis, not Hugh Grant. You want a mean, no-nonsense car; you get a ’68 to ’70 Charger, not a Ford Pinto. 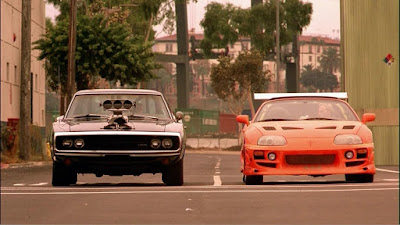 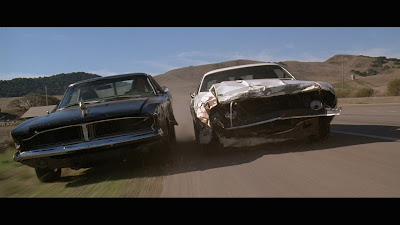 Another case of brilliant car casting came from the 1983 thriller, Christine. In this John Carpenter murder-fest, we follow the story of Arnold Cunningham. A man so consumed by his love for a 1958 Plymouth Fury that he loses touch with the world and those around him, but only because the car itself was a machine possessed. 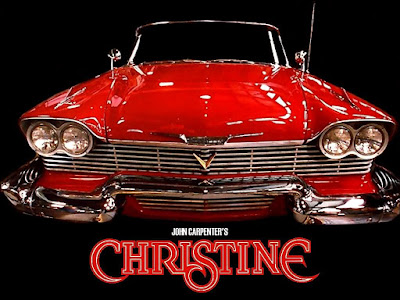 It was evil incarnate from bumper to bumper. And when we remember the fins, the chrome and the deep red paint, we consider the car to be an American classic. However, that’s not the case. Horror supremo, Stephen King, was the man behind the book that spawned the film. He once explained that he chose the Fury because it was ugly.

It was unpopular and had no real following behind it. It was an overlooked car from a forgotten time. It was the motoring equivalent of the man it would go onto possess – Arnold Cunningham. It was car casting at its finest. And, in an odd twist of fate, the car now has a huge following and is of course, recognised as a classic. 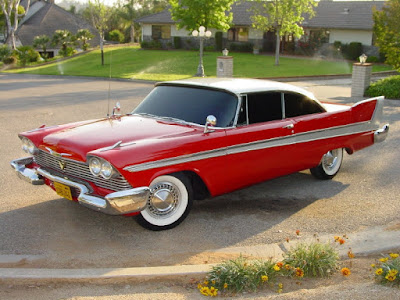 It just goes to show, when you see a car in a movie – especially a classic car – there’s a good chance it’s not there by chance. The reality is that someone has laboured over that choice. They’ve thought long and hard on what wheels will serve the movie best. Just as we consider the classic cars we personally love, so, it seems, does Hollywood.