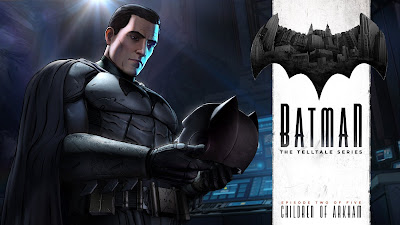 Let's get the Joker out in the open before we get to the main content, this new game from Telltale Games is a right riddle to get working to its full potential. It took me a few weeks to even get Batman: The Telltale Series running even after applying a number of patches and checking my bat computer file system. A black box with a white screen is all I had for the first few weeks and even when I did get it working it felt sluggish with slight pauses here and there. 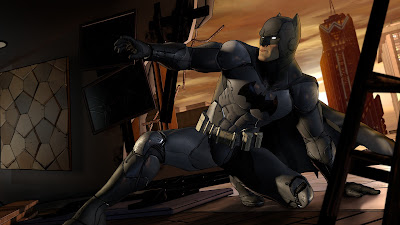 Eventually I managed to get the game running to an acceptable level and was treated to a whole Bat Cave of goodies. The story is top quality and immensely gripping, the voice acting as you would expect from a Telltale Games is exceptional and the relaxed game play is a welcome change to first and third person shooters that usually require you to shoot first and ask questions later.

As you play each chapter in the series the story unfolds in front of you and occasionally you will get prompted to press the appropriate button or move according to the arrow on the screen.  Dialogue options are the backbone of this game with scenes pausing for you to choose from three responses which will effect the story and even relationships in the game.  Actually there is a fourth option in which you can choose to say nothing and let the infamous Batman stare and brooding do the talking.  Sometimes this can be the right response to choose.  The game does a good job of making you feel you are playing an interactive Netflix box-set and Telltale Games have done a wonderful job of capturing the atmosphere of Batman.  You are the hero with responsibilities, its up to you how you play this story and some decisions are big.  At one point you have to choose whether to save Catwoman or Harvey Dent with either decision having consequences.

Remember that scene in the movie 'Big' where Tom Hanks' character recommends an interactive comic book to the board? Well Batman: The Telltale Series is exactly that. An interactive graphic novel that doesn't compromise on quality and you are the one in control. 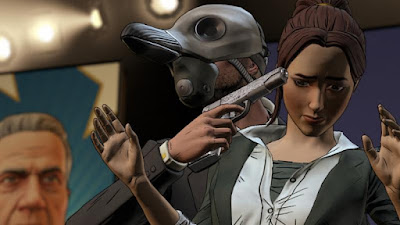 Rendered to look like a living, breathing comic book, Telltale's vision of Batman features an award-winning cast of talent, including Troy Baker in the role of Bruce Wayne, Travis Willingham as Harvey Dent, Erin Yvette as Vicki Vale, Enn Reitel as Alfred Pennyworth, Murphy Guyer as Lieutenant James Gordon, Richard McGonagle as Carmine Falcone, Jason Spisak as Oswald Cobblepot, and Laura Bailey as Selina Kyle. Additional cast and characters will be revealed as the season progresses.

This is a game I would recommend after a binge watch of Arrow, Flash, Gotham or even (dare I say it) Daredevil. It's gripping and will leave you wanting to play the next chapter to find out what happens.  It's not too taxing and a perfect game to play if you fancy a change of gaming pace.

Telltale Games have release a number of patches for the PC so the issues I experienced in getting the game to run have now been rectified.  Be warned, this is a mature game and has some scenes that won't be suitable for children.  For that reason Batman: The Telltale Series has been rated M (Mature) for Violence, Blood, and Drug References by the ESRB.