Halloween Offerings From The Bearded Trio

By Paul Gibbs October 31, 2016
So you're looking for a Halloween movie, but you don't want the lame found footage claptrap or blood and boobs slasher films that pass for so much of modern horror? Maybe looking for something a little more family friendly (assuming your family is up for demonic child abductions and human sacrifices)? Who not try something from the Bearded Trio themselves? Here are five suggestions . 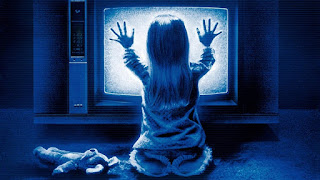 Forget the 2015 remake and the inferior sequels, the 1982 Poltergeist original is one of the best horror films ever made. WhIle Tobe Hooper is the credited director, runs for persisted for decades that Spielberg himself was really calling the shots. However true this is or isn't ,  Spielberg's finger prints are all over the film, from the signature low angles and back lighting to the exceptional performances of the children to the brave and resourceful mother figure. Jerry Goldsmith's score is superb and Michael Kahn's editing ranks with his best work. Thrilling, scary, funny, sweek and touching, Poltergeist has it all.

2. Amazing Stories: Mummy Daddy
William Dear (Harry and the Hendersons) directed this first season episode of Spieoberg's 1980s TV anthology, about a costumed actor in a mummy moview fighting his way past terrified rednecks and genuine mummy Ra Amun Ka to get to the hospital where his wife is giving birth to their first child. Goofy fun.

This Oscar nominated motion capture animated film from director Gil Keenan (who would later make the Poltergeist remake I told you To forget) is executive produced by Steven Spielberg and Robert Zemeckis, and has an unmistakable classic Amblin feel, with intrepid kid heroes and spooky supernatural villains. Too scary for the very young but fun for older kids. 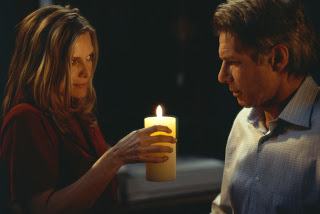 I consider Robert Zemeckis to be Spielberg's Padawan learner (long since become a Jedi in his own right), and practically an honorary member of the Bearded Trio, and while Spielberg isn't personally credited it is a DreamWorks production. This supernatural thriller sometimes tries a little too hard to be Hitchcock, but it offers plenty of thrills and scares, an engaging lead performance from Michelle Pfieffer, and a nice against type turn from Harrison Ford (also an honorary member of the Bearded Trio).


5. Indiana Jones and the Temple of Doom 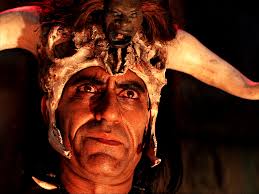 If any movie scared me as much as Poltergeist when I was a kid, it was the horrific second chapter in he Indiana Jones saga (saga, not trilogy. There are four movies. Grow up and deal with it haters). Amrish Puri's Mola Ram isn't the classy and nuanced villain Paul Freeman'Freeman's Belloq was, but he's one of the scariest demonic figures in movie history. The entire Bearded Trio is, of course, represented here, from George Lucas' creepy story to Steven Spielberg's dazzling direction to John Williams' alternately soaring and blood-curdling score.