From Wagner to WIlliams to Kiner: Musical Leitmotifs 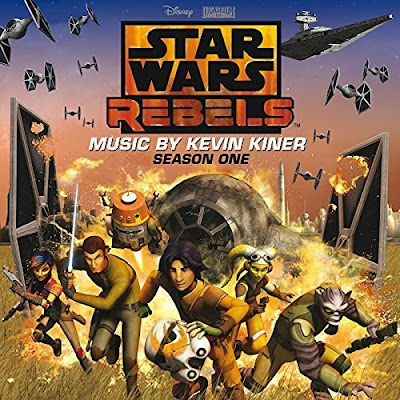 About a month ago the soundtracks for Star Wars Rebels Season One and Two were released digitally on Itunes. Now among all the fanfare going on about Rogue One coming in December, and the return of Thrawn in this season of Rebels, one might think soundtracks for an animated television series wouldn’t be that important. Well as many fans of Star Wars Rebels will tell you, it’s a huge deal! Kevin Kiner, who scored The Clones Wars television series as well, has brought music for a television series to whole new levels. In the following I will pick out some of the high points and make some connections between the original saga, prequel saga, The Clone Wars, and Rebels. 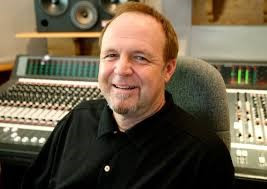 As some of you may know, when scoring the music for The Clone Wars, Kevin Kiner was able to work outside the proverbial John Williams-box of saga music, and strike out on his own. The result of this was an incredible soundtrack of new, original music never before heard in the setting of the Star Wars galaxy. When Star Wars Rebels began back in 2014, and Kevin Kiner returned to score that series, the decision to use more of John Williams’ worked only made sense as we were approaching the original saga to use the music there as a foundation. I believe the feeling was they wanted to capture the feeling of the original trilogy, where rebels were fighting the Empire.

During the first few episodes of season one, The Force Theme was heard several times as we were getting to know Ezra, in pieces such as Ezra Sneaks Aboard and Ezra’s Theme. Hearing similar cues in music from the different sagas really helps bring the entire story together. It’s something that was first done by Richard Wagner, and it’s called a leitmotif—a musical theme that is associated with a person. During scenes in which The Inquisitor or Agent Kallus appeared brought back hints of the Imperial March, probably the most recognizable piece of Star Wars music. During the theme of Kallus we can hear hints of the Emperor’s Throne Room music when Vader and Luke exit the turbolift. A couple honorable mentions: Glory of the Empire, we can safely say The Imperial Theme is now canon. What’s the Force? Beautifully blended the adoption scene music from Revenge of the Sith with Kevin Kiner’s own original work. 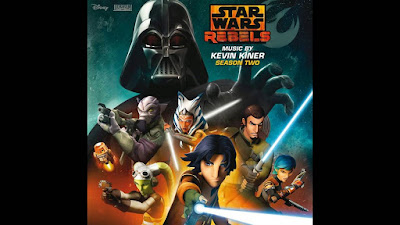 If Season One was good, Season Two was off the charts. The emotional impact of the entire soundtrack really hit the mark on several occasions. And if it wasn’t the emotion it was the harkening back of familiar themes found in films by Stephen Spielberg. I have to immediately turn to Hera Soars. I was going to put this off, but I can’t it’s too good! This is quite possible my favorite piece out of the two soundtracks. As soon as it begins we hear light flutes, followed by trumpets that lift us into the air. As soon as I heard this I felt I was on a bicycle with E.T. as my passenger. Absolutely perfect!
I would be remiss if I didn’t mention Journey into the Star Cluster. As soon as this music was heard in the episode many fans pointed it out as something we’ve never heard before. It was so unlike any other music from Star Wars. It was inspired by the music of composer Philip Glass. Using music like Glass as an inspiration continues to show me how much research and artistic knowledge they put into making Rebels.

A couple of honorable mentions: Ketsu and Sabine’s History sounded very much like music from The Karate Kid. I could almost see Mr. Miyagi sitting in his house drinking sake and thinking of his long lost wife. And Zeb Rock: who doesn’t want to listen to some 80s hairband rock in the Star Wars galaxy?

Finally, I see the last three tracks from season two as one long roller coaster song of emotion. Anakin and Ahsoka, Where the Sun Sails and The Moon Walks, and It’s Over Now. If you’ve seen the season two finale then you’ll know what I mean when I say you can almost see what’s happening just by hearing the music, and that’s a mark of a great musical composer. There’s nothing more I need to say about that. Just give it a listen. It’s heart-wrenching level is on par with the Obi-Wan/Anakin scene from Revenge of the Sith.

With Dave Filoni and Kevin Kiner working together on Star Wars Rebels, the levels of greatness are meteoric.

Did I miss something? Send me a comment, I’d love to discuss this or anything else Star Wars.