Doctor Who's "The Power of the Daleks" Comes to BBC America November 19! 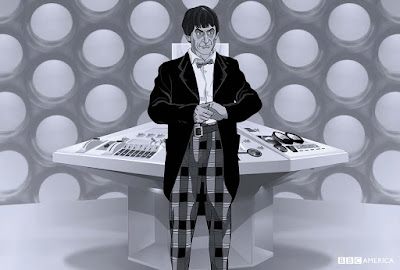 After it's big screen debut, the classic Doctor Who story "The Power of the Daleks" heads to BBC America on November 19. You can find out more in the official synopsis and then check out the all-new trailer below:

The Power of the Daleks is one of the most celebrated Doctor Who adventures, and yet no complete film recordings are known to have survived. The master negatives were destroyed in an archive purge in 1974. This brand new animation, being released 50 years after its only UK broadcast, is based on the program’s original audio recordings, surviving photographs, and film clips. The six-part adventure features the regeneration – or as it was then called “renewal” – of First Doctor, William Hartnell, into Second Doctor, Patrick Troughton, and follows the Time Lord and his companions Polly (Anneke Wills) and Ben (Michael Craze) as they do battle with the Daleks on the planet Vulcan.

"The Power of the Daleks" premieres Saturday, November 19, on BBC America at 8:25/7:25c. For more on Doctor Who, please visit BBC America and doctorwho.tv.