Doctor Who: First Look at the Christmas Special and the Spin-Off Show, Class 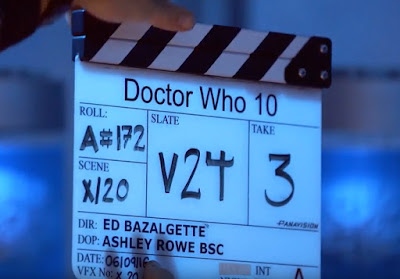 It's been far too long without any real news on the Doctor Who front, but that changed today with some big new reveals, namely the title and trailer for the Christmas special, and the trailer for the new spin-off, Class.

First up, the Doctor returns this December 25 in an episode titled "The Return of Doctor Mysterio." 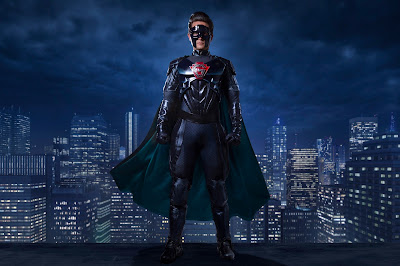 "The Return of Doctor Mysterio" sees the Twelfth Doctor, as played by Peter Capaldi, teaming up with an investigative journalist, played by Charity Wakefield (Wolf Hall), and a superhero to save New York from an alien threat.

Justin Chatwin (Orphan Black, War of the Worlds) plays Grant -- check out the G on his suit above. Chatwin comments on joining the Doctor Who team for the special:

"Working with the amazing people at Doctor Who has been one of the most fun and rewarding projects I've ever had the pleasure of being involved with."

Matt Lucas (who returns as Nardole) will also be joining the cast of the special with Adetomiwa Edun (Lucifer, Bates Motel), German actor Aleksander Jovanovic and Logan Hoffman (US sci-fi series V.)

"The Return of Doctor Mysterio" is 60 minutes in length. It was written by Stephen Moffat and directed by Ed Bazalgette ("The Woman Who Lived" and The Girl Who Died").

That's not all, however! The Doctor Who spin-off show, Class, has a new teaser and a full-length trailer! Check out both below:

In the UK, Class will premiere October 22 on BBC Three. In the US, it will air on BBC America, but a date has not been announced.

For all the latest on Doctor Who, visit the official site here.