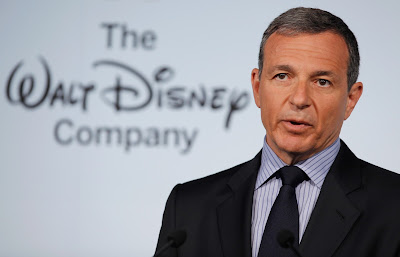 Disney CEO Bob Iger has admitted he met with a writer for a new movie in the sci-fi franchise, and there are further plans in place for films "beyond" then.  Star Wars, it seems is not going away now or in the future.  Iger said "I had a meeting yesterday with [producers] Kathy Kennedy and we mapped out - well, we reviewed - the 'Star Wars' plans that we have until 2020.

"We have movies in development for 'Star Wars' until then, and we started talking about what we're going to do in 2021 and beyond."

Bob, 65, also described the upcoming 'Rogue One' spin off as "experimental", playing down expectations that it would match the $2 billion box office haul achieved by previous film 'Star Wars Episode VII: The Force Awakens'.

He said: "We never felt it would do the level that 'Force Awakens' did.

"[But] the level of interest [in 'Rogue One'] is as high as it was for 'Force Awakens'. It's really interesting in terms of 'Star Wars' storytelling. 'Star Wars' has only been told as a saga, and this is a moment in time ... we love what we've seen."