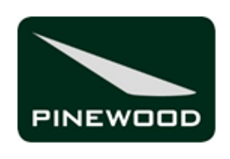 Pinewood Studios has long been regarded as a jewel in the crown of the UK’s rich film heritage and as the iconic studio celebrates the start of its 80th anniversary year, it was announced today that all full-time staff across the group will receive free membership to the BFI to honour the date.

Amanda Nevill, CEO of the BFI said: “Pinewood is part of our film heritage, and at 80 years old is more active and successful than ever and plays a huge role in the creative success of the UK film industry. We are very excited that they have chosen to mark this special birthday by giving the gift of BFI Membership to every single member of their staff! We so look forward to giving them all a very special 80th years across the BFI Player, BFI Southbank and the BFI London Film Festival. Happy Birthday Pinewood!” 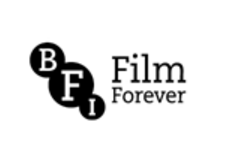 Commenting on marking the celebrations, Andrew M. Smith, Corporate Affairs Director for Pinewood Group plc said: “As we enter our 80th year, we felt it fitting to mark the occasion by giving colleagues membership of the BFI. Pinewood is a cornerstone of the film industry here in the UK and we are proud to have helped shape it.”

The BFI membership will provide staff with the best way to enjoy the special events, previews and screenings at the BFI London Film Festival, BFI Flare: London LGBT Film Festival and at BFI Southbank all year round with priority booking, no booking fees, exclusive programme guides and 10% off food and drink at BFI Southbank. Members receive free tickets to an exclusive events programme at BFI Southbank including BFI Screen Epiphanies and Member Picks, £1.50 off most BFI Southbank and BFI IMAX tickets, £10 savings on an annual Sight & Sound subscription and 15% off BFI Player and the BFI Shop.

For eighty years, Pinewood Studios has made dreams a reality. Billions of people across the globe, of all ages, from all walks of life have read six words on cinema or television screens: ‘Made at Pinewood Studios, London, England’.  From hosting the James Bond franchise for over half a century, to housing production of the biggest international blockbusters in recent years, including the Star Wars franchise, some of the most glittering careers on both sides of the camera, have been launched behind the iconic gates of Pinewood.