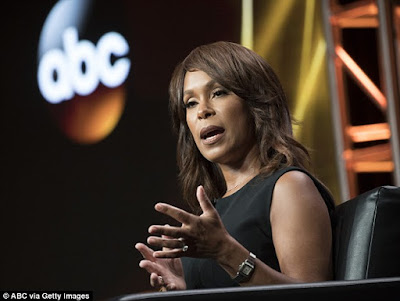 Over the last few days my various feeds have been filled with news that a new Star Wars TV show is in the works.  I will admit that today is the first time I've actually got to read the articles and I feel slightly disappointed.

At the TCA (Television Critics Association) press tour which took place a few days ago, new network president Channing Dungey for ABC was asked if an ABC Star Wars series would eventually happen.  Her response was a little generic and apart from the 'hush hush' comment and talks are 'ongoing' statement, some have taken as ABC confirming that a show is happening and green lit.  For me there is nothing new here apart from a generic response which I suspect she knew would grab a few headlines.  Her response is mainly based on previous discussions and her desire to make it happen.  Even admitting that they are still in discussion doesn't mean that anything is on the cards.  Here's what she actually said:

“As a fan I would absolutely love to say yes,” before saying, “The conversations with Lucas(film)… We have had conversations with them we will continue to.” She added, “I think it would be wonderful if we could extend that brand into our programming.”

Asked if she could elaborate on the conversations with Lucasfilm, and if she could confirm it would be a live-action project, Dungey said, “It’s all a little bit hush hush. That company is just under a big cloud of secrecy. There are Marvel secrets, but Lucas(film) takes it to a whole other level! I can’t talk about it.”

She did acknowledge that the talks with Lucasfilm “are ongoing,” noting, “We don’t have an official time line,” as far as when they were hoping to get a Star Wars series on the air.

I guess it's best to keep my expectations in check and be pleasantly surprised when/if it happens.  Half Life 3 has been discussed by Valve for years but we're still no closer. What do you think?