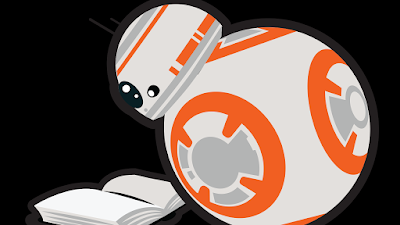 
Disney Publishing Worldwide and Lucasfilm Ltd. announced today that Star Wars Reads will return for its fifth year this October to celebrate reading with Star Wars-themed events around the globe. This month long grassroots campaign will include regional and international storytelling events featuring exciting literary programming for Star Wars fans of all ages as their excitement builds for the theatrical release of Rogue One: A Star Wars Story on December 16, 2016.
Since the first Star Wars Reads event in 2012, fans have had the opportunity to take part in thousands of events and activities worldwide that encouraged reading through the Star Wars franchise. Top publishers participating in this year's events include Disney Publishing Worldwide, DK Books, Scholastic, Abrams, Del Rey, Egmont, and many more. Fans can become reading Jedi by taking part in Star Wars-themed games and activities, various author-related signings, and meet and greets in bookstores, libraries, and schools.
"Over the past five years, the Star Wars Reads campaign has organically grown into an annual event that celebrates reading through the new and familiar stories for families and fans of all ages," said Jeanne Mosure, senior vice president and group publisher, Disney Publishing Worldwide. “We’re thrilled to continue the momentum in 2016 and invite parents to encourage reading while introducing kids to Star Wars through printed books, graphic novels, and digital stories.”