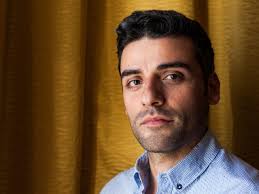 Variety is reporting that Poe Dameron himself, Oscar Isaac, is in The Kidnapping of Edgardo Mortara. The film will tell the true story of an 18th century Italian Jewish family whose son was taken from them and raised by the Roman Catholic Church after he was secretly baptized.
talks to play a lead role in Steven Spielberg's upcoming drama

While no specific role is mentioned for Isaac, I suspect he'll be playing Momolo Mortara, Edgardo's father. In fact, Isaac is exactly who I personally imagined as good casting for the role. I love it when Steven and I think alike.

Edgardo Mortara is set to go before the cameras in early 2017, for a release in awards season of the same year. Considering that Isaac already has Star Wars: Episode VIII being released in December, that's going to be a great season for him.