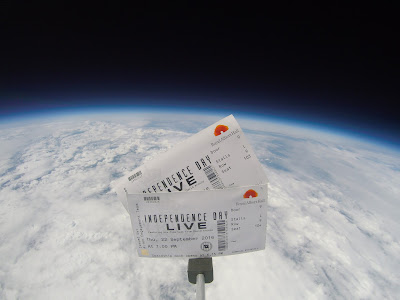 One of London’s most iconic venues has sent a pair of show tickets into space to celebrate the world premiere of Independence Day Live – a new film-and-orchestra event being held in September.

The Royal Albert Hall has marked the occasion by blasting the tickets into the stratosphere on Independence Day itself. The tickets were carried by a helium-filled balloon and rose to over 35.5km into the air.

Lucy Noble, Director of Events at the Royal Albert Hall, said: “We’ve done a lot in recent years to attract new audiences, with everything from cutting edge music to chess boxing to a poetry slam, but one group we’ve struggled to connect with is aliens.

“We’re hoping that sending these tickets into space will change all that – that it’ll be one small stunt for a venue, but one giant leap for mankind.”

One lucky winner will get their hands on these chilly tickets that have experienced temperatures of -60°C and will get the chance to see the 20th anniversary screening of the explosive ‘90s blockbuster accompanied by the Royal Philharmonic Concert Orchestra playing David Arnold’s classic score in full.

The show includes a pre-show Q&A with Arnold, discussing his work scoring the likes of ID4, Zoolander, Hot Fuzz, the BBC’s Sherlock and five Bond films, as well as the closing ceremony of the 2012 Olympics.

To get your hands on the prize simply tweet @RoyalAlbertHall using #ID4RAH with your answer to the following question: how long did it take for the tickets to reach their maximum altitude? The first person to guess the correct answer will win.* 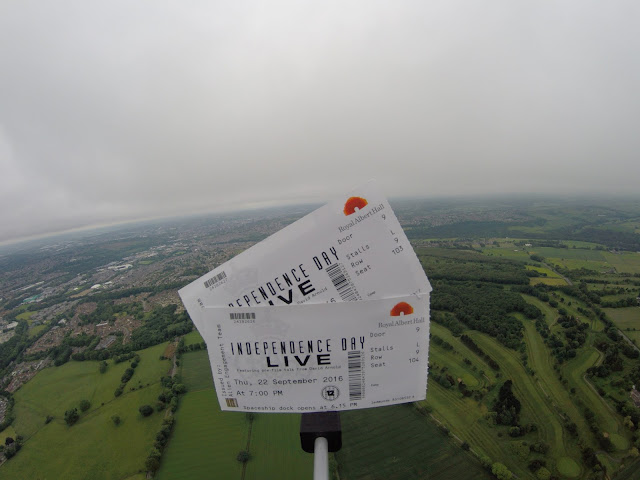