The Rogue One Panel at Star Wars Celebration Europe just concluded, and it was a thrill to say the least! It was hosted by Gwendoline Christie, and featured director Gareth Edwards, Lucasfilm president Kathleen Kennedy, executive produce John Knoll, and Kiri Hart of the Lucasfilm Story Group. That alone would have made for an incredible panel, but there were more surprises on hand.

Joining the panel were the stars of Rogue One: A Star Wars Story -- Felicity Jones, Diego Luna, Mads Mikkelsen, Donnie Yen, Jiang Wen, Alan Tudyk, Forest Whitaker, Riz Ahmed, and Ben Mendelsohn making a grand entrance in full costume as Director Orson Krennic! The cast were mostly tight-lipped about their characters, so there wasn't too much that we didn't already know from recent revelations. However, fans were treated to a few special reveals!

First up, here's the official poster for Rogue One! 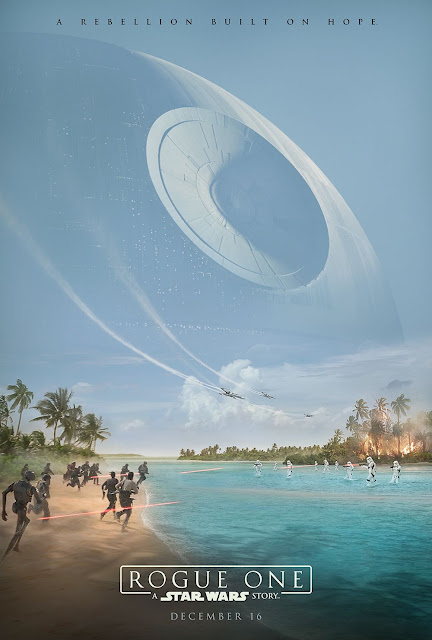 While we didn't see a new trailer, we did get a Rogue One Celebration Reel featuring loads of new behind-the-scenes images. More than enough to get everyone even more excited for December! Check it out below: