Ready Player One Has Started Filming 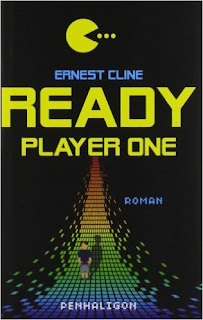 Screenwriter for Steven Spielberg's next project, Ready Player One confirmed on Twitter that production for the movie has begun.


First week of #ReadyPlayerOne finished.
Surreal.  It went to 11.  Thanks for writing your book @erniecline and the assist in Oology
— Zak Penn (@zakpenn) July 1, 2016


The story based on Ernie Cline's best-selling sci-fi novel of the same name is based on a virtual-reality game creator who offers up his entire company to the best player who can find an Easter egg in one of his many virtual worlds via a game called OASIS. A teenager named Wade Watts decides to take it on after millions have failed over many years. The key to winning the game is a plethora of pop culture clues from the 1980s. Whomever figures it out and wins the game — without having their avatars killed in the process — takes over the entire OASIS empire.