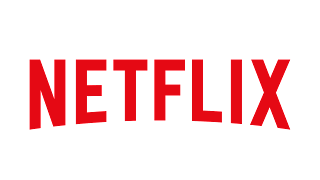 Each Episode of the Highly Anticipated New Series to be Available to Netflix Members Exclusively in All Licensed Territories Within 24 Hours of the U.S. Premiere on CBS

LOS ANGELES and AMSTERDAM– July 18, 2016 - Netflix and CBS Studios International today announced a landmark international licensing agreement for the new “Star Trek” television series. Netflix will be the exclusive premiere home of “Star Trek” in 188 countries (excluding the US and Canada). Each episode of the new series will be available globally within 24 hours of its U.S. premiere.
Additionally, all 727 existing episodes of the iconic “Star Trek” television library – including “Star Trek: The Original Series,” “Star Trek: The Next Generation,” “Star Trek: Deep Space Nine,” “Star Trek: Voyager” and “Star Trek: Enterprise” will be available on Netflix around the world by the end of 2016.
The all-new “Star Trek” will begin production in Toronto in September for its January 2017 premiere. The iconic and influential global franchise will return to television for the first time since 2005 with a new ship, new characters and new missions, while embracing the same ideology and hope for the future that inspired a generation.
“The launch of the new ‘Star Trek’ will truly be a global television event,” said Armando Nuñez, President and CEO, CBS Studios International. “‘Star Trek’ is already a worldwide phenomenon and this international partnership will provide fans around the world, who have been craving a new series for more than a decade, the opportunity to see every episode virtually at the same time as viewers in the U.S. Thanks to our world-class partners at Netflix, the new ‘Star Trek’ will definitely be ‘hailing on all frequencies’ throughout the planet.”
“‘Star Trek’ is one of the most iconic shows in television history and we’re thrilled to partner with CBS to bring the beloved series to Trekkies around the world,” said Sean Carey, Vice President of Global Television at Netflix. “The newest chapter of the story promises to continue the rich tradition of adventure and is sure to excite fans everywhere Netflix is available.”
In the U.S., the new “Star Trek” will launch with a special premiere episode on the CBS Television Network in January 2017. The premiere episode and all subsequent episodes will then be available in the United States exclusively on CBS All Access, the Network’s digital subscription video on demand and live streaming service.
As previously announced, the new “Star Trek” marks the first original series developed for U.S. distribution on CBS All Access, which provides viewers thousands of episodes of CBS’s current and past seasons on demand, plus the ability to stream their local CBS Television station live for $5.99 per month.
Alex Kurtzman and Bryan Fuller are co-creators and executive producers for the new “Star Trek,” based on Gene Roddenberry’s original series. Fuller launched his career writing for “Star Trek: Deep Space Nine” and “Star Trek: Voyager.” Kurtzman is co-writer and producer of the blockbuster films “Star Trek” and “Star Trek Into Darkness.”
The series is produced by CBS Television Studios in association with Kurtzman’s Secret Hideout, Fuller’s Living Dead Guy Productions, and Roddenberry Entertainment. Alex Kurtzman, Bryan Fuller, Heather Kadin, Gretchen Berg & Aaron Harberts, Rod Roddenberry, and Trevor Roth will serve as executive producers.
About CBS Studios International:
CBS Studios International is the leading supplier of programming to the international television marketplace, licensing to more than 200 markets in more than 30 languages across multiple media platforms. The Studio participates in international channel ventures, currently comprised of 18 channels in 24 languages across more than 100 territories, reaching more than 70 million households worldwide. CBS Studios International also exports a diverse lineup of formats for local production around the world. The division distributes content from CBS Television Studios, CBS Television Distribution, Showtime, CBS News, CBS Films and a library of more than 70,000 hours of programming. CBS Studios International is a division of CBS Corporation.
About Netflix:
Netflix is the world’s leading Internet television network with over 81 million members in over 190 countries enjoying more than 125 million hours of TV shows and movies per day, including original series, documentaries and feature films. Members can watch as much as they want, anytime, anywhere, on nearly any Internet-connected screen. Members can play, pause and resume watching, all without commercials or commitments.