Marcus Theatres to Spotlight the Films of Steven Spielberg in August 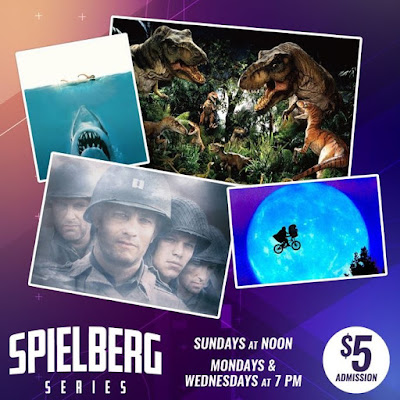 As part of their summer Retro Series, Marcus Theatres will be showcasing the work of Steven Spielberg during the month of August. The chosen films are Jurassic Park, Jaws, Saving Private Ryan, and E.T. the Extra-Terrestrial. Admission is only five dollars and you will have three chances to catch each film. If you missed these films on the big screen during their initial run, this is an event you won't want to miss!

The schedule is as follows:

Sundays at noon, and Mondays and Thursdays at 7p.m.