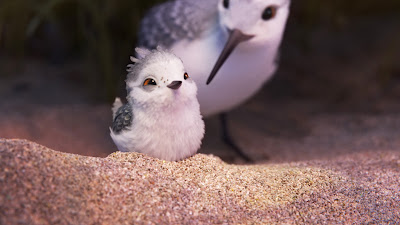 Directed by Alan Barillaro and produced by Marc Sondheimer, “Piper,” the new short from Pixar Animation Studios, tells the story of a hungry sandpiper hatchling who ventures from her nest for the first time to dig for food by the shoreline. The only problem is, the food is buried beneath the sand where scary waves roll up onto the shore. “Piper” will debut in theaters worldwide with “Finding
Dory” in 2016. 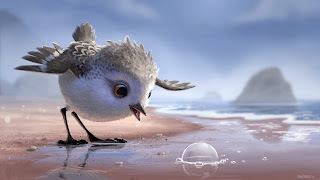 ALAN BARILLARO (Director) joined Pixar Animation Studios in January 1997.  Barillaro has worked on almost every Pixar film as an animator, including “A Bug’s Life,” “Toy Story 2,”  “Monsters, Inc.,” and the Academy Award®-winning features “Finding Nemo,” “The Incredibles,” “WALL•E” and “Brave.” On those last three features, Barillaro was given the role of supervising animator and was therefore responsible for overseeing the team of animators who worked to bring the characters in the films to life.

Following his work on “Brave,” Barillaro went to work with Pixar’s software development team to help craft an animation tool that would help provide additional creative flexibility to the studio’s filmmaking process. As a proof of concept, Barillaro created a short animation test about a small bird – a sandpiper – on a beach. This animation test soon grew into a full-fledged short film, “Piper,” directed by Barillaro and debuting theatrically with “Finding Dory” in 2016.

Growing up in Niagara Falls, Canada, Barillaro’s interest in animation began at a young age. He worked his way up through the ranks at various commercial houses during high school and continued his studies at Sheridan College for Animation.

Barillaro resides in Oakland, Calif., with his family. 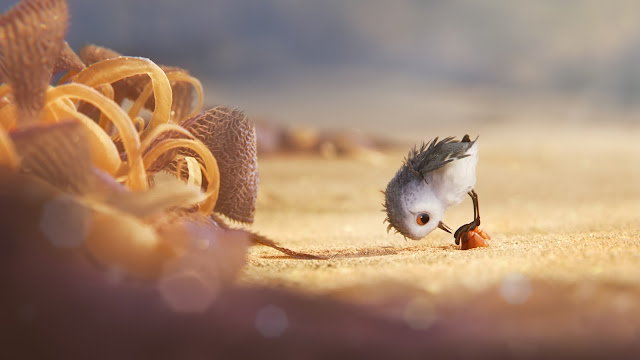 MARC SONDHEIMER (Producer) joined Pixar Animation Studios in October of 2001, where he started out as a production finance lead for “The Incredibles.” Since then, Sondheimer has continued to operate a variety of positions in production. He was the finance lead for the short films “Lifted” and “One Man Band,” as well as for the Academy Award®-winning feature film “WALL•E,” and on the studio’s upcoming feature “Finding Dory.” In addition, Sondheimer has been the sets department manager on “WALL•E,” technical department manager for various CarsToons, and associate producer and production manager on the Academy Award®-nominated short “Day & Night.” Most recently, he served a leadership role on “The Good Dinosaur” and was the producer of the promotional animation department on “The Good Dinosaur” and “Finding Dory.”

Prior to Pixar, Sondheimer worked in a variety of different fields, including as a business strategy consultant and as the business development director for Quokka Sports, a digital sports media company. He was also a successful entrepreneur while operating his own import business.

Sondheimer received a Bachelor of Arts degree from University of California, Berkeley, and went on to earn a Master of Business Administration and Master of International Management degree from Thunderbird School of Global Management. Born and raised in Marin County, Calif., Sondheimer resides in San Francisco. 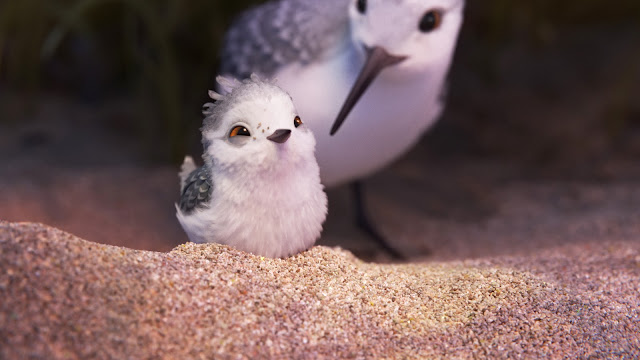