Lucas Museum of Narrative Art Send Out Press Release - Chicago Will No Longer Be Pursued. 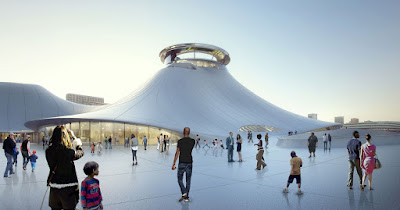 The Bearded Trio have been sent a press release from Lucas Museum of Narrative Art.  They confirm that Chicago is no off their list of viable places for the museum.  Here's the press release in full:

Dear Friends of the Lucas Museum of Narrative Art,

Today we announced that the Museum will no longer pursue Chicago as a site for building the Museum, turning our attention instead to sites in California.  Our statement appears below.

I wanted to personally thank you for your support and belief in the Lucas Museum.  During these challenging times, it has been heartening to have such an outpouring of enthusiasm and encouragement from so many.

I want to also assure you that we will be delighted to welcome you to the Museum once we reach our opening celebrations.


CHICAGO, June 24, 2016 — The Lucas Museum of Narrative Art announced today that in light of extensive delays caused by Friends of the Parks, Chicago will no longer be considered a potential site for the museum. The board of directors and executive leadership of the museum confirmed that California will be its future home.

“No one benefits from continuing their seemingly unending litigation to protect a parking lot,” said George W. Lucas, founder and chairman of the Lucas Museum of Narrative Art. “The actions initiated by Friends of the Parks and their recent attempts to extract concessions from the city have effectively overridden approvals received from numerous democratically elected bodies of government.”

The location — a parking lot near Soldier Field — was originally selected by Chicago’s Site Selection Task Force in May 2014 and subsequently approved by the City Council, Park District, Plan Commission, Department of Zoning, Illinois General Assembly and the governor. When the city offered McCormick Place East as an alternative to the parking lot, Friends of the Parks announced plans to block consideration of that location as well as any lakefront site or park in Chicago.

On behalf of his wife, Mellody Hobson, and other members of the Lucas Museum of Narrative Art Board of Directors, Mr. Lucas expressed gratitude to the many people throughout the community who worked tirelessly to bring the institution to life on Chicago’s Museum Campus. “We are deeply appreciative to Mayor Rahm Emanuel, Governor Bruce Rauner and countless others for all the time and effort they invested in trying to secure the museum for Chicago,” said Mr. Lucas.

The education-focused public institution remains dedicated to expanding public understanding and appreciation of narrative art in all its forms, providing inspiration and learning, especially for young people.

Mr. Lucas stated, “While Chicago will not be home to the museum, my wife and I will continue to enthusiastically support a wide variety of educational and cultural activities throughout the city.”

Will they head back to San Francisco?  Or will a new location further afield be an option?  What do you think?