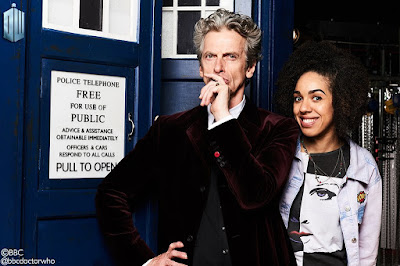 It's been a few months since any real Doctor Who news has surfaced -- since the announcement of Pearl Mackie as the new companion back in April, actually. Well, things are starting to plug along, and filming on series 10 officially kicked off this past Monday in Cardiff!

A few new images have surfaced, one from the first table read featuring Peter Capaldi, as the Doctor, and Pearl Mackie as Bill. 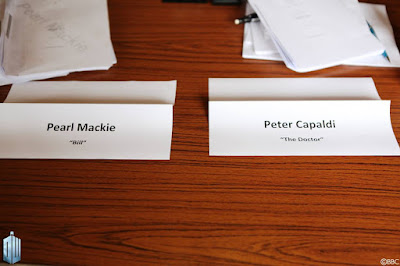 And this one from Pearl's first day of filming! 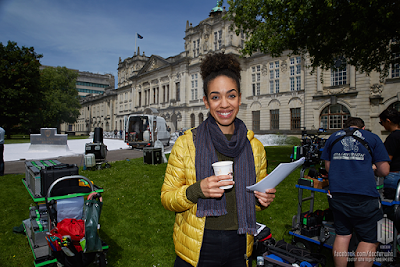 Here's a special greeting for fans that accompanies the image:

Also, Matt Lucas is returning to Doctor Who! He will be reprising his role as Nardole from last year's Christmas special, "The Husbands of River Song." He will be joining the Doctor and Bill in their first adventure for series 10, which is being written by Steven Moffat.

The casting of Stephanie Hyam (Peaky Blinders, Sherlock) has been announced as well. Other writers for series 10 include Frank Cottrell-Boyce, Sarah Dollard (series nine's "Face the Raven"), and Mike Bartlett.

Doctor Who returns with its traditional Christmas special in 2016, and the new series will premiere some time in 2017. No official date has been announced, but we will keep you updated.

For more on Doctor Who, please visit the official site.