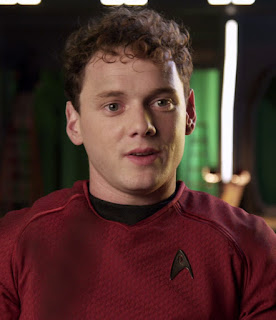 Sad news today as we learn Anton Yelchin has passed away age 27 in a freak accident involving his own car.  It struck him after rolling backwards down the steep drive at his Studio City home, pinning him against a brick postbox pillar and a security fence.

Anton was best known for his role in the new Star Trek movies.  He played Chekov.  Other movies included Joe Dante's Burying The Ex and Green Room.  Steven Spielberg fans will remember his from the UFO TV mini series in which he played Jacob Clarke.

J.J. Abrams has said today, “You were brilliant. You were kind. You were funny as hell,” Abrams wrote. “And you weren’t here nearly long enough. Missing you, JJ.”

Captain American star Chris Evans tweeted "Devastated to hear about the brilliant Anton Yelchin. He was thoughtful, kind, and gifted. My thoughts and prayers are with his family."

Anton Yelchin was way too young and will be sadly missed.  Our thoughts are with his family and friends during these difficult times.