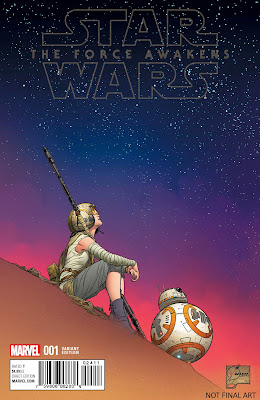 The movie that took the world by storm is jumping from the silver screen to the comic page this June! Straight from a galaxy far, far away to the comic book page, Marvel is proud to bring you STAR WARS: THE FORCE AWAKENS ADAPTATION #1 – the first chapter in a blockbuster 5-issue limited series!

Marvel is rolling out the red carpet with covers and variants by some of the biggest names in the entire comic book industry.  Featuring variants by Marvel Chief Creative Officer Joe Quesada, chart-topping Star Wars™ artists John Cassaday & Phil Noto and a main cover by Secret Wars artist Esad Ribic – this is sure to be one of the biggest titles of the year!

From creators Chuck Wendig (Star Wars: Aftermath) and Luke Ross (Hercules) – it’s been decades since the Rebel Alliance destroyed toppled the Galactic Empire. But now, on the remote planet of Jakku, there’s been a stirring in the Force. A young scavenger named Rey, a deserting Stormtrooper named Finn, an ace pilot named Poe, and a dark apprentice named Kylo Ren. Their lives are about to collide. The awakening is happening at your local comic shop this June with STAR WARS: THE FORCE AWAKENS ADAPTATION #1! 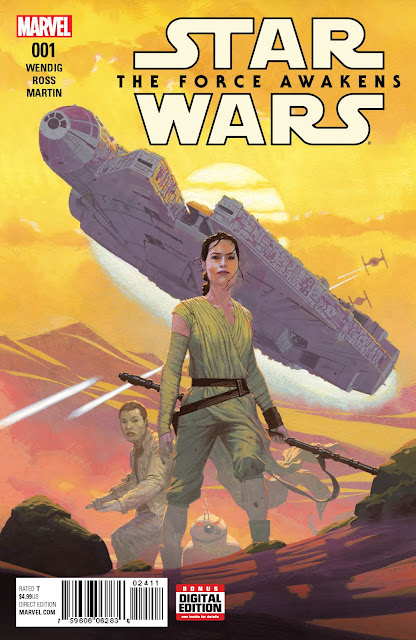 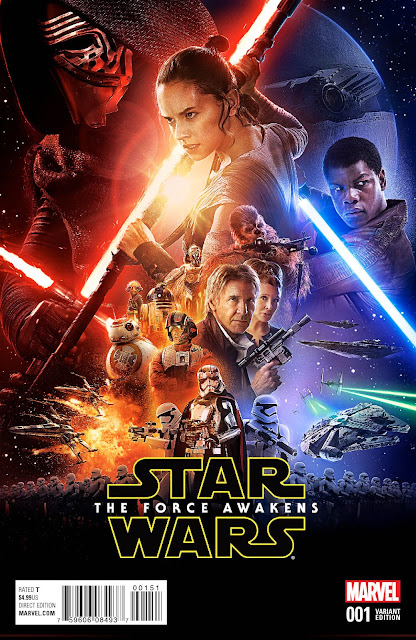 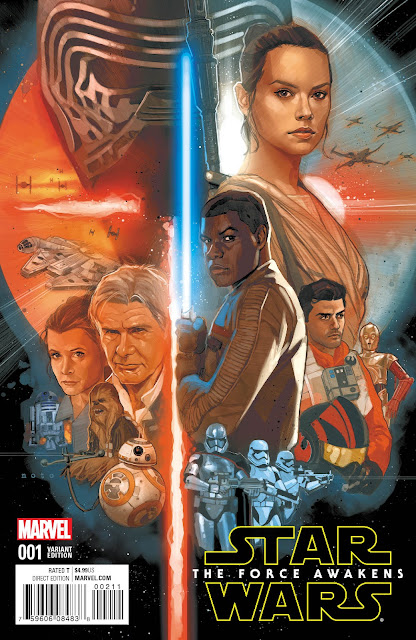 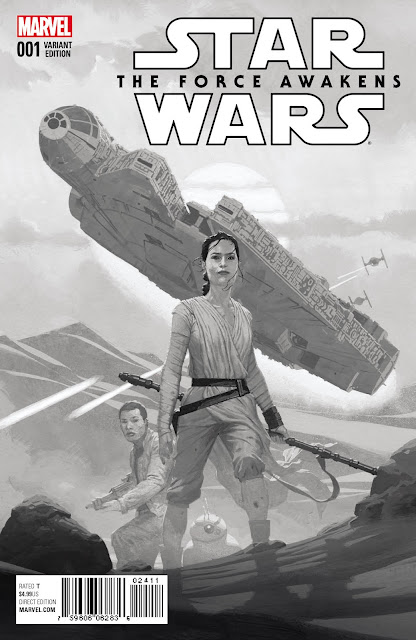