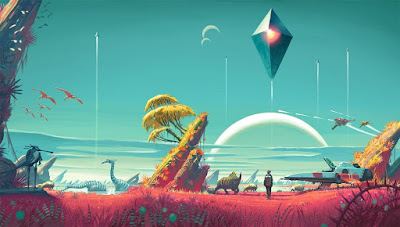 One of the most anticipated games of 2016 is the space exploration no limits galaxy travelling game, No Man's Sky.  The game is a procedurally generated deterministic open universe where you can fly around a galaxy, land on planets and generally explore.  The game is on a lot of gamer's radars including mine.  I'm in good company as Steven Spielberg has shown an interest in the game.  The creator of the game, Sean Murray talks about his meeting with the film director and what he thought of the game.

You can watch an 18 minute gameplay video of No Man's Sky below: