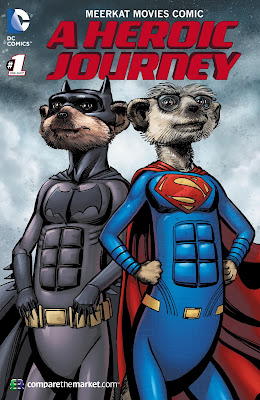 Today sees the launch of a new limited edition comic book, illustrated by the legendary Neal Adams. The comic book has been released in partnership with comparethemarket.com and DC Comics, and stars the meerkats Aleksandr and Sergei racing through the streets of LA. The new comic is written by DC regular Tony Bedard and illustrated by artistic master Neal Adams, responsible for some of the most iconic runs of classic DC titles starring Batman, Green Lantern, and Superman.
The first part of the comic is available to download today from comparethemarket.com, with part 2 available from the 27th May.

The generous people at comparethemarket.com sent a copy of the comic to me and it arrived today.  The artwork is exceptional and an entertaining read.  You can read the comic for free by heading over to their website.

Hot on the heels of its Batman v Superman: Dawn of Justice partnership, comparethemarket.com has today released the first half of a two part comic book, in partnership with DC Entertainment, home to DC Comics. Illustrated by artistic master Neal Adams, known for his previous work with iconic Super Heroes including Superman, Batman, and Green Arrow, and written by DC staple Tony Bedard, Meerkat Movies: A Heroic Journey, is available to download from today at comparethemarket.com. 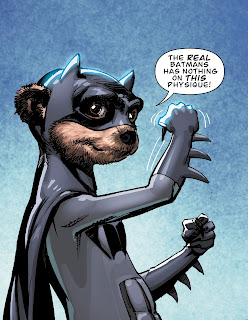 The comic sees best friends Aleksandr and Sergei causing havoc on the streets of LA dressed up as their favourite Super Hero counterparts, Batman and Superman. The duo find themselves in hot water as they make their way to see the blockbuster film Batman v Superman: Dawn of Justice. Their journey is far from smooth as they get caught between rival street gangs and snarling dogs as they try to make it to the cinema on time.

Fans will be left on a cliff hanger at the end of part 1 with the concluding part available to download from the 27th May 2016 at comparethemarket.com. Super fans can also be in with a chance to win one of a limited number of hardbound copies of the comic online at comparethemarket.com over the coming weeks. Meerkat Movies: A Heroic Journey will be available to download for a limited time only, so to avoid disappointment fans should get their hands on a copy now.

Meerkat Movies was unveiled to the nation last year, with 2 for 1 cinema ticket redemption available across the UK, via a voucher code on the Meerkat Movies app, which is available to Apple and Android users, or via the comparethemarket.com website. 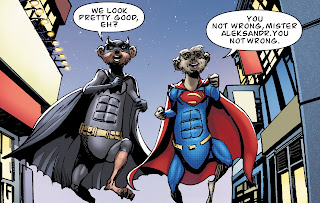 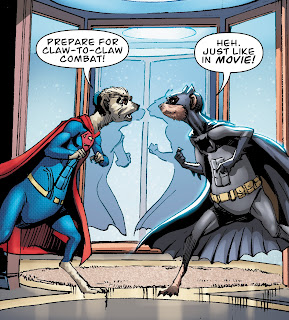