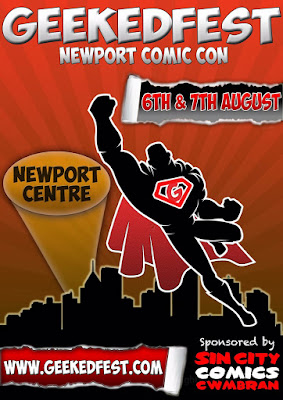 My local comic con makes a return in Augest and the tickets go on sake this week.  It promises to be bigger than ever.


GeekedFest LTD is pleased to announce that ticket sales for our 2016 event with be going online on Friday 6th May.

Guest announcements for the event will be following shortly.

GeekedFest returns to Newport, South Wales for 2016!!!!
@ Newport Centre
Saturday 6th - Sunday 7th August.
GeekedFest’ is Newport’s own Film/TV & comic book convention and visitors can expect celebrity guests from the world of Film, TV & beyond who will be offering autographs and photo opportunities. There will also be many stalls selling all variety of comic books, memorabilia, toys & crafts as well as many Film/TV exhibits, gaming & cosplay zones and family-friendly activities. The event also hopes to raise money for several local charities 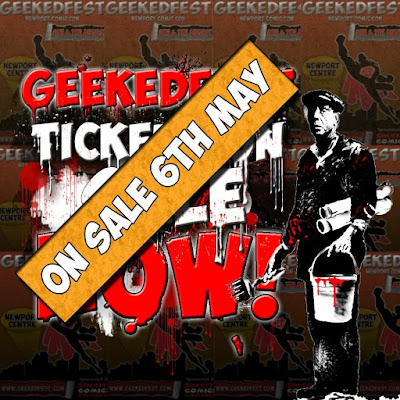