Check Out These Parody Videos Of Indiana Jones And Jurassic Park. The T-Rex Must Be Seen 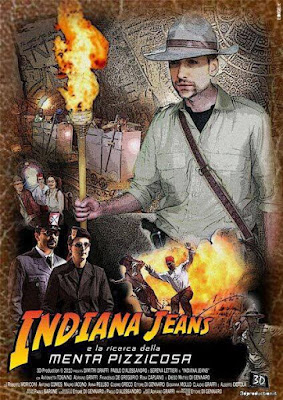 I love it when this happens.  The Bearded Trio was contacted by passionate Spielberg fan, Ettore Di Gennaro to let us know about these two parody videos he and his friends created.  The first one is an Indiana Jones parody (with English subtitles) and has some wonderful gags including a well timed banana joke and a boulder turning into an 8-ball.

The second is a parody of Jurassic Park and worth watching for the T-Rex and the sound it makes.

If you've made your own parody video and want to share it, please let us know and we may feature it on our site.