ADVANCE BOOKING OPENS FOR THE BFG 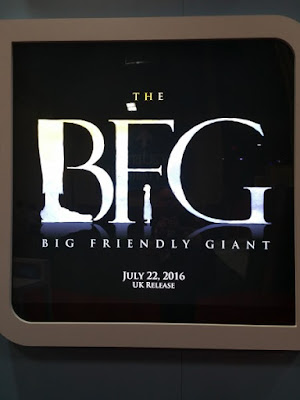 Following the World Premiere in Cannes of THE BFG, Entertainment One has announced that advance booking has opened TODAY, nationwide. The move will enable human beans up and down the country to plan their visit to this summer’s giant release weeks in advance of July 22.
THE BFG is the exciting tale of a young girl named Sophie (played by British newcomer Ruby Barnhill) and the mysterious Giant - The BFG (played by Oscar and BAFTA Winner Mark Rylance) who introduces her to the wonders and perils of Giant Country.  Two of the world’s greatest storytellers – Roald Dahl and Steven Spielberg – unite to bring Dahl’s beloved classic to life.
The BFG will visit cinemas across the UK & Ireland from July 22. Tickets can be booked now at this link https://eonetickets.com/gb/the-bfg/
ABOUT ENTERTAINMENT ONEEntertainment One Ltd. (LSE:ETO) is a leading international entertainment company that specializes in the acquisition, production and distribution of film and television content.  The company’s comprehensive network extends around the globe including Canada, the U.S., the UK, Ireland, Spain, Benelux, France, Germany, Scandinavia, Australia, New Zealand and South Africa.  Through established Film and Television divisions, the company provides extensive expertise in film distribution, television and music production, family programming, merchandising and licensing, and digital content. Its current rights library is exploited across all media formats and includes more than 40,000 film and television titles, 4,500 hours of television programming and 45,000 music tracks.
The Bearded Trio - The Site For Steven Spielberg, George Lucas and John Williams
THE BEARDED TRIO ON FACEBOOK
THE BEARDED TRIO ON TWITTER
THE BEARDED TRIO ON GOOGLE+
THE BEARDED TRIO ON PINTEREST
CLICK HERE FOR FACTS ON STEVEN SPIELBERG
CLICK HERE FOR FACTS ON GEORGE LUCAS
CLICK HERE FOR FACTS ON JOHN WILLIAMS