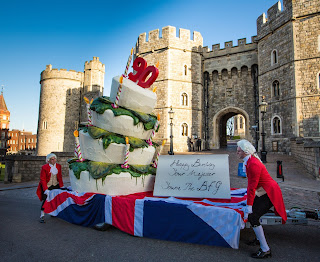 The Queen received a surprise delivery today, of a 10ft tall birthday cake apparently from the BFG himself, ahead of his forthcoming big screen adventure.

Supposedly made from the BFG’s unique foodstuff snozzcumbers, which resemble giant cucumbers and are said to taste like ‘cockroaches and slime wanglers’, the cake included four wonky tiers, generous amounts of snozzcumber slime, giant candles and a giant ‘90’ cake topper. 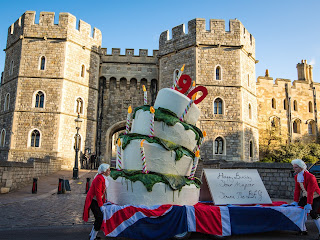 The snozzcumber cake was presented ahead of the Queen’s 90th birthday on a giant Union Flag tablecloth alongside a card apparently written by the BFG himself, which read “Happy birthday your Majester, Yours The BFG.”

The giant cake was delivered by liveried butlers on behalf of the Big Friendly Giant, who will grace the big screen this July in Steven Spielberg’s ‘The BFG’, the exciting tale of a young London girl and the mysterious giant who introduces her to the wonders and perils of Giant Country, starring Oscar-winning British actor Mark Rylance.

Dave Blakemore, 30 from Cardiff, said: “I arrived in Windsor at 7am to take in the atmosphere of The Queen’s birthday celebrations, but was totally gobsmacked to see a giant cake from the BFG! It looked incredible and I hope Her Majesty enjoys it!”

In the story the BFG is persuaded by orphan Sophie to approach the Queen of England to help her imprison the other giants.  Sophie uses her knowledge of London to navigate the BFG to Buckingham Palace, where the Queen hosts a lavish breakfast, providing appropriately sized table, chair and cutlery for the BFG.

The cake passed by Buckingham Palace en route to Windsor, suggesting the endearingly clumsy BFG may at first have opted for the wrong royal residence, before being advised Her Majesty was celebrating her birthday in Windsor Castle.

As well as being a giant year for The Queen, 2016 also marks the 100th birthday of literary genius Roald Dahl, who created the much loved character The BFG, on which Steven Spielberg’s live action adaptation is based.

‘The BFG’ is released by Entertainment One in cinemas nationwide on 22nd July 2016. 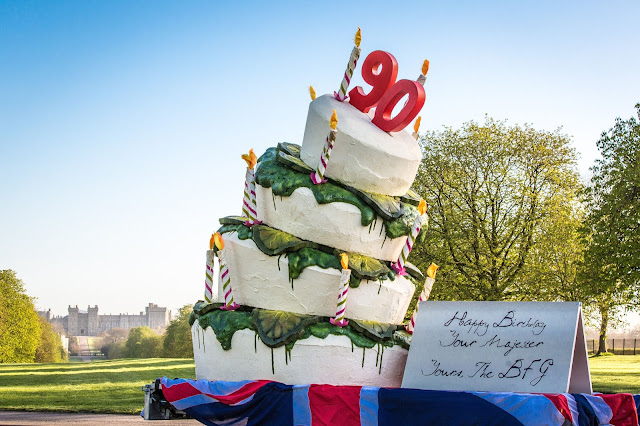 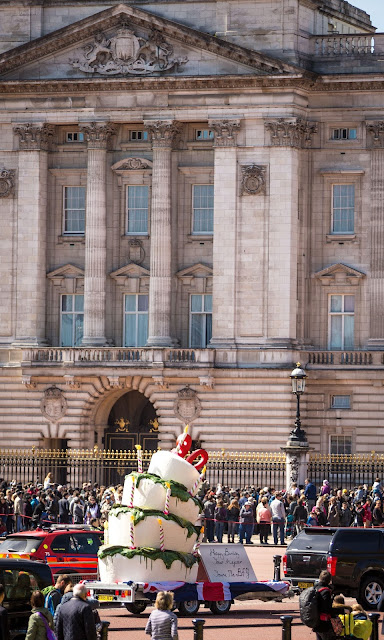 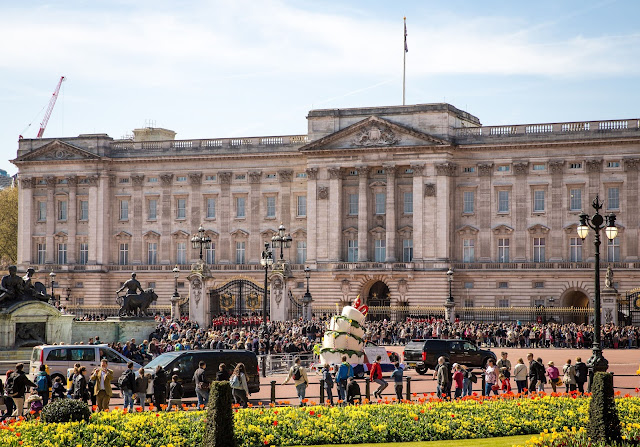 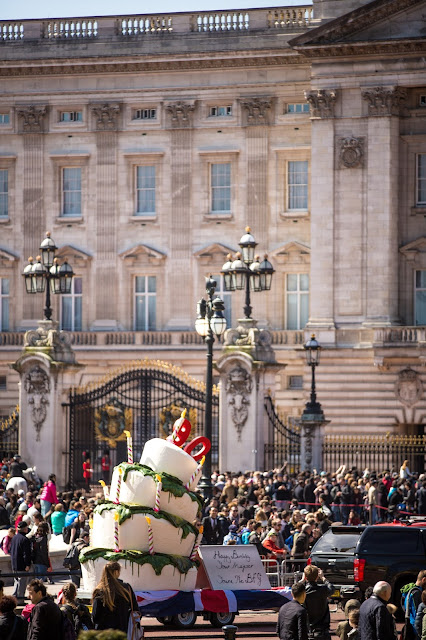 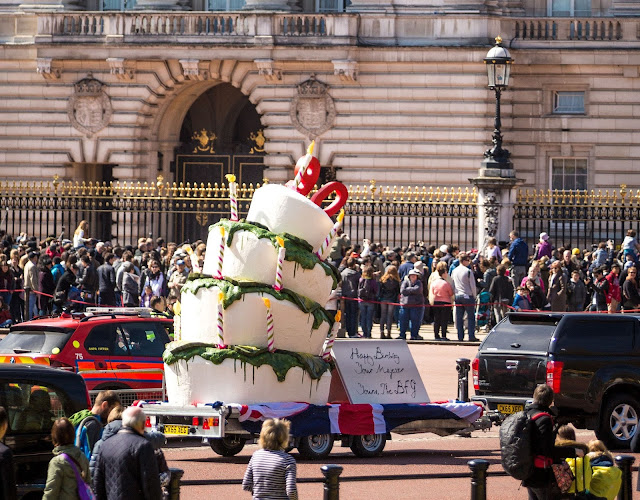 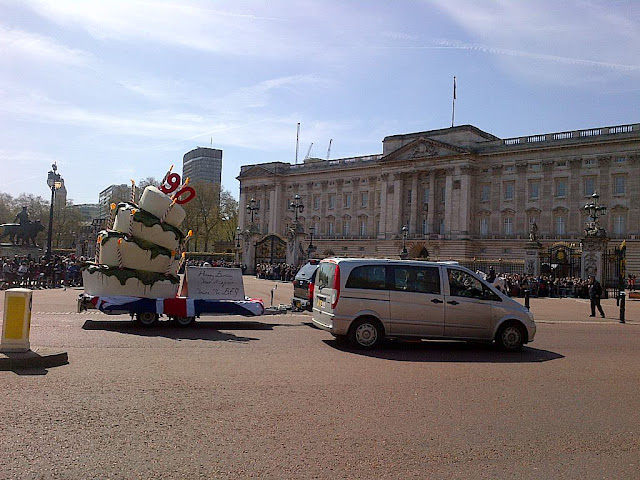