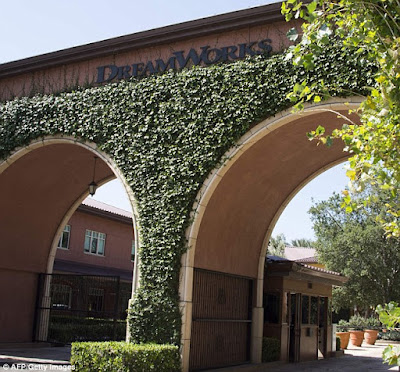 The Jaws and E.T. director is in line for a payout of $187million after entertainment giant Comcast, which owns the likes of NBC and Universal Pictures, agreed to buy Dreamworks for $3.8billion.
Spielberg collected the cash haul because he still owns a five per cent stake in the animation studio he helped found in 1994, which has produced films such as Shrek and Kung Fu Panda.

The payout could have been a lot smaller, but stock in Dreamworks jumped 50 per cent in the 24 hours before the deal with Comcast was announced after it was rumored by the Wall Street Journal.