STAR WARS BB-8 LINES UP FOR A CHARITY EXHIBITION 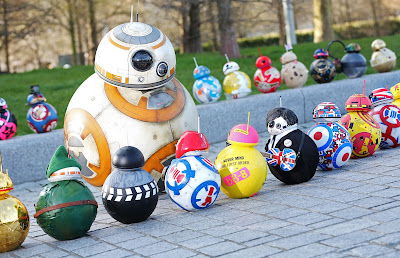 STAR WARS: THE FORCE AWAKENS CAST MEMBERS DAISY RIDLEY, JOHN BOYEGA AND MARK HAMILL HAVE ALL DESIGNED OWN VERSIONS OF BB-8 IN SUPPORT OF STAR WARS: FORCE FOR CHANGE 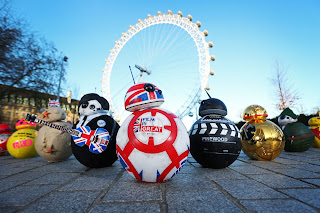 A congregation of droids inspired by BB-8 descended in London today to mark the release of Star Wars: The Force Awakens on Blu-ray and DVD and to celebrate the creative legacy Star Wars has here in Britain. Everyone’s favourite droid, BB-8, has undergone a British makeover by the film’s stars Daisy Ridley, John Boyega and Mark Hamill, alongside a huge range of celebrity Star Wars fans and artists also taking part in the project.

All of the creations will be on display in London’s White Rainbow Gallery (47 Mortimer Street) for the public from 19th-21st April.  In support of Star Wars: Force for Change, the initiative will raise vital funds for Great Ormond Street Hospital Children’s Charity with the designed droids being auctioned off for charity via an online auction from 18th April 7pm to 21st April at 11.59pm. 100%* of the proceeds from this auction will be donated to Great Ormond Street Hospital Children’s Charity, on behalf of Force For Change. 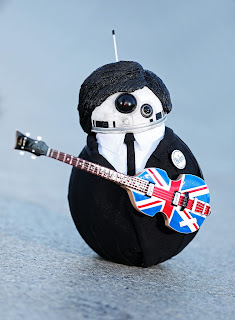 Alongside the celebrity names, a wide range of British artists are also involved with fashion designer Emma Shipley using an assortment of fabrics and prints, sculptor Brendan Jamison designing a BB-8 using solely sugar cubes as a nod to the history of the Tate Gallery, and band of the moment Years and Years and DJ Eats Everything creating music inspired droids. Each of the artist’s designs celebrates a particular area of Great British culture including music, food, sport, art, tourism and technology.

The BB-8 GREAT Exhibition is open to the public from 12-7pm on Tuesday 19th – Thursday 21st April. Please visit www.BB-8-GREAT.co.uk for more information if you would like to bid on one of the exclusive BB-8 designs.

The Star Wars: Made GREAT in Britain initiative celebrates British creativity, technology and innovation – and reminds the world of the Great British legacy and heritage that spans forty years behind the creation of the seven Star Wars films which were all made here in the UK. Great Britain and Star Wars have been part of the same amazing story, fuelled by imagination, inspiration and incredible British talent.

Mark Hamill: “It might be in the heart of the Buckinghamshire countryside but Pinewood will always be a galaxy far, far away for me. Star Wars has an unparalleled legacy here in Britain and I'm delighted it contributes so much to the thriving film industry. My BB-8 brings to life the Pinewood exterior, clapper board and the 'Now filming Episode VIII' sign, which is what I'm doing right now.”

John Boyega: “My BB-8 is based on my Stormtrooper, FN2187, merging the light and dark side, much like Finn's own journey in The Force Awakens.  Having spent so much time with the incredible BB-8 making the film I was intrigued what an amalgamation of the droid and my own Stormtrooper would look like. It is unmistakably based on FN2187 because of the three red blood marks, which represent the point in the film Finn first shows his human side.”

Warwick Davis: “With this exhibition taking place on the week of The Queen's landmark 90th birthday, my BB-8 is a tribute to Her Majesty and all she has done for Great Britain during her reign. With its body sprayed a powerful gold to represent the crown jewels, the circular panels bring to life the royal crest, EIIR symbol and the Union flag. I could imagine this BB-8 being the Queen's loyal servant for the day.”


STAR WARS: THE FORCE AWAKENS is available on Digital Download now and on BLU-RAY™ and DVD Monday 18 April 2016. 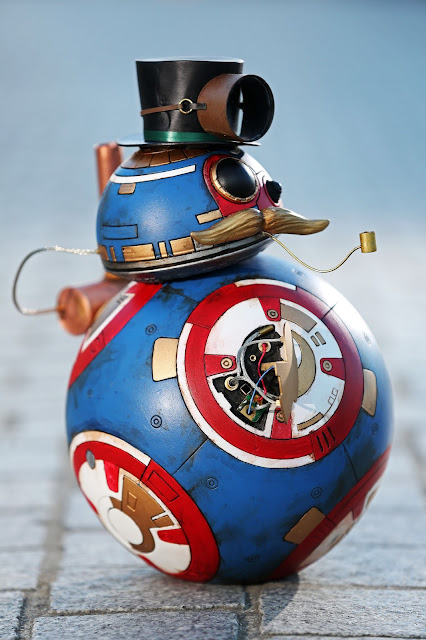 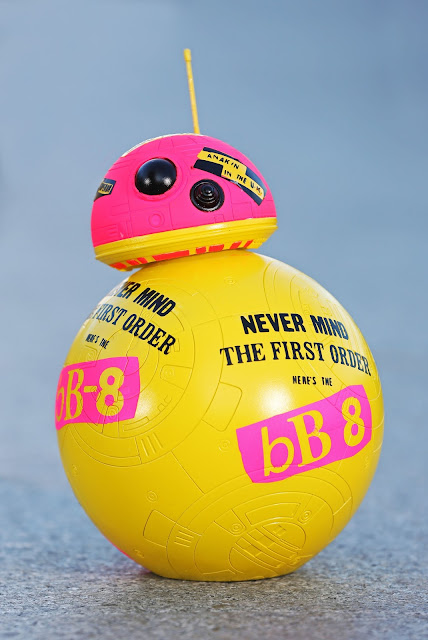 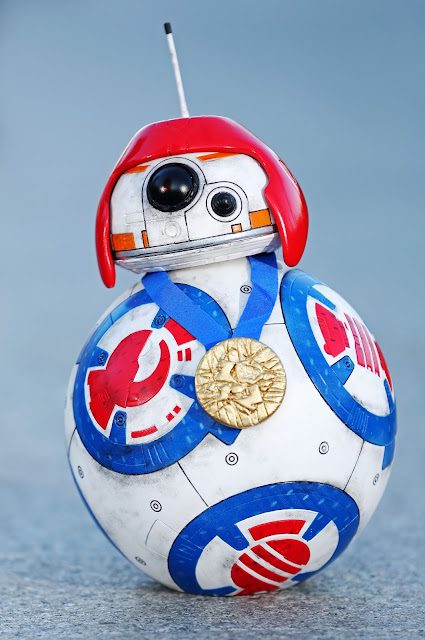 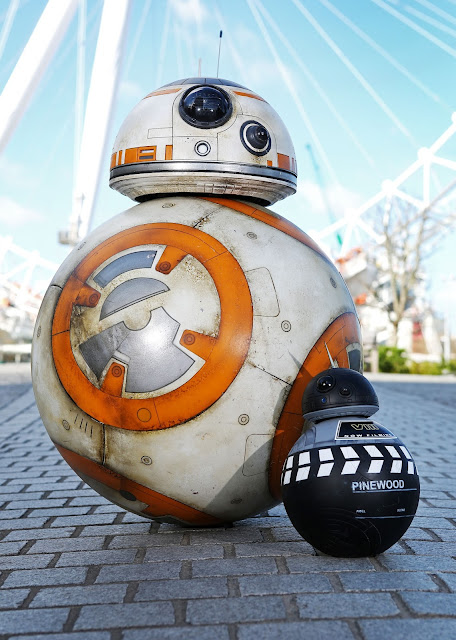 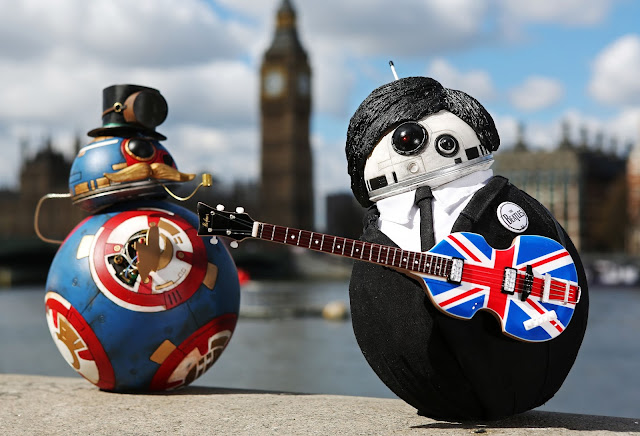