Spielberg's Production Slate: A Look at the Director's Projects In Development 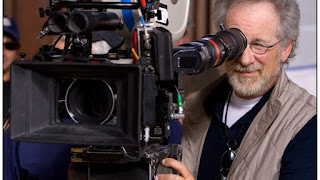 Few filmmakers command as much attention for each upcoming project as does Steven Spielberg. The master filmmaker is currently in the middle of very busy period in his career, with four films planned for release this decade, and others in various stages of development. Here's a brief look at the various projects Spielberg has lined up, and where they currently stand.

An adaptation of a popular science fiction novel by Ernest Cline, telling the story of a future where people escape from reality in a virtual world called the Oasis. This one is a go, and will begin production in summer 2016 for a spring 2018 release. It will star Tye Sheridan, Olivia Cooke, Simon Pegg and Ben Mendlesohn.

Ready Player One has the potential to Spielberg's biggest blockbuster in years. It's a thrilling, imaginative and entertaining story that should make for a classic Spielberg blockbuster.

THE KIDNAPPING OF EDGARDO MORTARA

This historical drama has been in development for a few years now but was just recently bumped up to shoot in early 2017. The true story of a Jewish child taken from his parents by the Vatican in 1858 Italy will be adapted by Munich and Lincoln screenwriter Tony Kushner, and becomes the third Spielberg film to feature Bridge of Spies Oscar winner Mark Rylance (reportedly as Pope Pius IX).

It comes as a surprise to see this one suddenly jump forward and after being largely forgotten, and it has the potentially to be truly unique among Spielberg's filmography. It's set much further in the past than any other film Spielberg has made (1858, nearly 300 years before Amistad, furthest back Spielberg has gone before) and deals with the sensitive issue of the intersection between religious and secular authority. Its tentative late 2017 release actually puts in theaters before Ready Player One, which will lens first (Player One will require extensive post-production FX work, and Edgardo Mortara will not, so this makes sense), so we should start hearing further details about casting, etc, before the end of this year.

The fifth adventure of the intrepid archaeologist is currently set to film in 2018 for a July 2019 release, and (contrary to rampant rumors regarding Jurassic World star Chris Pratt) will once again star Harrison Ford in the title role. David Koepp, who wrote the first two Jurassic Park films and War of the Worlds for Spielberg before penning Indiana Jones and the Kingdom of the Crystal Skull) is providing the screenplay. No word on what the story is (or where it comes from, considering that George Lucas doesn't seem to be directly involved), or whether any other cast members from the earlier films will return.

The most eagerly awaited film on Spielberg's docket, it's also likely the one viewed mostly nervously by many, considering Crystal Skull's decidedly mixed reaction. The 2008 film did fairly well with critics (its 77% Rotten Tomatoes rating is entirely respectable) and a box office smash, but received considerable backlash frim a large number of fans. Still, whether or not you enjoyed the fourth installment, a new Indiana Jones adventure is at very least cause for cautious excitement.

This sci-film thriller based on a novel by Daniel H. Wilson would tell the story of a robot uprising against humanity. A screenplay was written by The Martian's Drew Goddard and Chris Hemsworth, Anne Hathaway and Ben Whishaw were cast as the film was set to film in 2013. But Spielberg decided that there was a "more personal" and cheaper way to tell the story,  and it went back to the drawing board. There has never been an announce,entry of cancellation, and in theory it's still on Spielberg's docket, but it's been an awfully long time since we heard anything. This one may or may not ever happen.

THE GRAPES OF WRATH

In 2013 it was announced that Spielberg and DreamWorks were in talks with the estate of John Steinbeck to make a new cinematic version of the great author's masterpiece, but the rights have been tied up in a dispute between Steinbeck's heirs. Recent reports indicate that dispute will soon be resolved,  and that if DreamWorks doss get the rights Spielberg's intention was to direct, possibly with Daniel Day-Lewis starring.

This is an idea so exciting it's mind-blowing. As good as John Ford's Oscar-winning version is, Ford was forced to make changes to the book in order to fit the standards of the time and avoid  the accusations of communist propaganda Steinbeck had received from more overzealous circles. If anyone can follow Ford and Henry Fonda it's Spielberg and Day-Lewis  (coincidentally,  Ford and Fonda also made a Lincoln film). But Day-Lewis really is kind of old to play Tom Joad, isn't he?

In 2014 reports stated that Spielberg was considering directing an old, unfilmed script by Dalton Trumbo about Motezuma and Cortez, with some re-writing by Schindler's List's Steven Zaillian. Javier Bardem (No Country For Old Men, Skyfall) was said be interested in the role of Cortez. There has been no subsequent movement reported on the project, but Edgardo Mortara demonstrates that seemingly abandoned Spielberg projects can return very suddenly.

Almost a year ago Warner Bros. won a bidding war for the film rights to war photographer Lynsey Addario's memoir, to star Jennifer Lawrence as s Addario and be directed by Spielberg.
The Hunger Games: Mockingjay scribe Peter Craig is reportedly developing a screenplay, but otherwise we haven't heard anything in this since it was first announced. It's a promising project, giving Spielberg a second chance at shooting the Iraq war after abandoning American Sniper, and more significantly it would be his first film centered around a female protagonist since The Color Purple in 1985.