New Trailer For "The BFG" 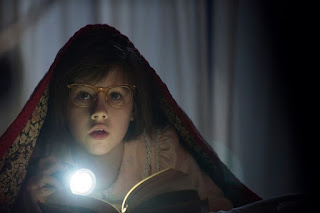 Walt Disney Pictures has released a new trailer for Steven Spielberg's The BFG, based on the Roald Dahl classic. The film will be released on July 1 in the U.S. and July 22 in the U.K.  The BFG reunites Spielberg with Bridge of Spies Oscar winner Mark Rylance, who plays the title role of Dahl's Big Friendly Giant. Rylance will be joined by newcomer Ruby Barnhill as Sophie, a young girl whom the giant befriends, and by Rebecca Hall, Jermaine Clement and others. The screenplay is by the late Melissa Mathison, who wrote Spielberg's masterpiece E.T. After missing Bridge of Spies due to a health issue, the legendary John Williams returns to compose the musical score. WETA digital, who provided the effects for The Adventures of Tintin, handles the effects, including the motion capture BFG and the dazzling world of the giants.

Spielberg calls The BFG “A story about friendship, it’s a story about loyalty and protecting your friends and it’s a story that shows that even a little girl can help a big giant solve his biggest problems.”

The trailer was posted this morning on comingsoon.net.