By Paul Gibbs April 18, 2016
In early April, various websites started hyping the fact that Amblin's classic 1990's animated series Animaniacs, and rightly so. Animaniacs is one of the highest achievements of the human race. I even saw some social media posts hyping the addition of E.T. - The Extra Terrestrial, but I paid little attention to that because as the kind of obsessed Spielberg fan who owns 1941 on blu-ray and Raides of the Lost Ark in every home video format (including Betamax and laser disc. I have never owned a Betamax or laser disc player.), I own E.T. and can watch it anytime I want.
and rightly so. But in my nearly daily process of hunting through Netflix in the hope of finding something I actually feel like watching, I discovered that a surprisingly large number of Amblin titles seem to have hit Netflix over the last month. other than E.T. these are not classic Spielberg-directed titles. but since this is a site for Spielberg fans I'm going to assume that most of you also own every film Spielberg has directed on blu ray (including a hard to find, apparently pirated copy of Something Evil) and keep them on a special shelf arranged in order of release along with action figures of characters from various Spielberg films. Actually, I won't assume that. Most of you are probably perfectly normal.

Below is a list of the Amblin titles currently available on netflix, along with descriptions since a couple of them are a bit obscure. 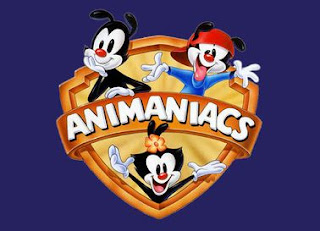 This classic '90s cartoon is beloved by almost anyone who remembers it. The quality animation, delightfully absurd and sarcastic sense of humor, and catchy songs make it a winner that new generations of kids will enjoy as much as '90s kids did, and adults will find plenty to laugh at as well.

Building on the the success of Amblin's Tiny Toon Adventures  and made up of rotating segments (which of course vary in quality), Animaniacs centers around the wacky antic of the vaguely animal-like Warner brothers Yakko and Wakko, and their little sister Dot. Other segments include Goodfeathers, a parody of Martin Scorsese's classic mob film Goodfellas  (a film hardly anyone in the show's target audience had actually seen) with 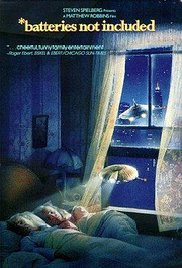 This lesser known Amblind production has considerable charms, not the least of which are sweet and moving performances from the late Hume Cronyn and Jessica Tandy (still a year away from her Driving Miss Daisy Oscar). Directed by Matthew Robbins (Dragonslayer) and co-written by Brad Bird (The Incredibles), the film grew out of an Amazing Stories episode concept Steven Spielberg thought deserved to be a feature film. The story involves a group of inner city residents whose lives are changed when they encounter a group of tiny creatures that appear to be living space ships.

It's a a difficult film to describe and not up there with the very best Amblin efforts, but *batteries not included is a likeable, quirky film that's worthe taking the time to watch. 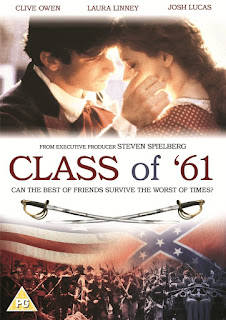 The most surprising of the titles to make their way to the streaming service, because it's the most obscure. A failed series pilot that aired as a standalone ABC TV movie, Class of '61 tells the story of West Point cadets who graduate just before the outbreak of the American Civil War (that's 1861, you see). I found it to be the sort of pilot that leaves you figuring it's really going to start getting good at the second episode, but it's fairly engaging, and is noteworthy for being the project through which Spielberg discovered cinematographer Janusz Kaminski. The cast includes a young Clive Owen, Laura Linney and Josh Lucas, with Lucas playing George Armstrong Custer. 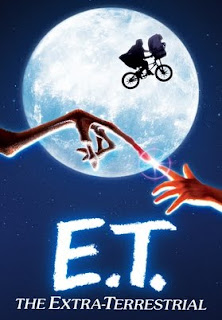 I don't really need to describe E.T., do I? Everyone knows Spielberg's masterpiece abut a lonely boy who befriends a visitor from another planet. It's one of the most popular and beloved films of all time, and completely deserves that status. 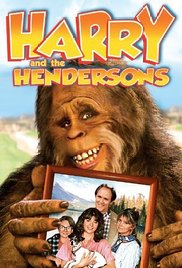 Harry and the Hendersons

A rare 1980's Amblin production which doesn't have Spielberg's name on it, William Dear's family comedy is essentially E.T. with a Bigfoot in place of an alien.  Amusing and entertaining, it's highlighted by spectacular creature effects by Rick Baker and an engaging cast lead by John Lithgow and Close Encounters star Melinda Dillon.


How to Make an American Quilt 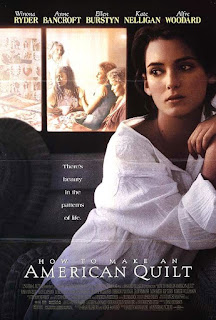 This 1995 drama was a vehicle for Winona Ryder at the height of her stardom, following on the heels of her consecutive Oscar nominations for The Age of Innocence and Little Women. Ryder's character learn about life and love through stories told in flashback as she helps her grandmother's quilting group make her wedding present.

This one only received a lukewarm response from critics and audiences, and I haven't seen it, so I can't offer an opinion. 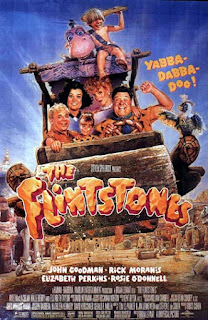 This was the fifth highest grossing film of 1994, and the most heavily hyped, getting  omnipresent merchandising and fast food tie-ins, and even a very short teaser the year before, attached to Jurassic Park.  And yet it's not particularly well remembered, because it's a film not a lot of people really loved. It actually does an excellent job of transferring the look and most of the feel of the iconic Hanna-Barbera cartoon to live-action, but it fails to life the plot or the humor above the cartoon's level.

Despite its shortcomings, The Flintstones is a pleasant enough diversion if you have an attachment to the cartoon and it's characters, and since the cartoon was a childhood favorite of mine, I enjoyed the film well enough and retain a certain fondness for it.  It has, however, been over 20 years since I saw it, so I wouldn't put much stock in my opinion on this one.

Spielberg actually sort of receives a credit on this one, with the words "Steven Spielrock Presents" coming before the title.  Like the film, that's not especially funny but it is pretty evocative of the spirit of the source material.


The Flintstones in Viva Rock Vegas 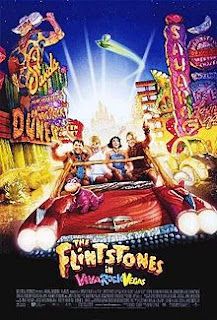 Apparently Steven didn't consider this one worthy of the Spielrock name, because it's nowhere to be found. Or maybe he was just too busy with DreamWorks at that point to having any personal involvement with this 2000 Amblin title, which cost nearly twice as much as its predecessor and only grossed about a quarter as much at the box office. Since a big part of the appeal of the original was having stars like John Goodman and Rick Moranis playing the venerable cartoon icons, this prequel  wasn't helped by replacing them with a relatively unknown British character actor (Mark Addy) and everyone's least favorite Baldwin brother (any of them but Alec). I never saw this one in theaters or on home video, and have only made it through the first ten minutes on Netflix. I may or may not go back and watch the rest.

The Land Before Time 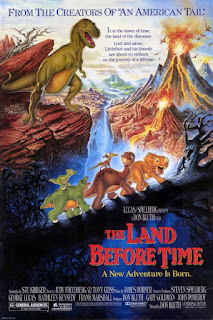 A beloved animated adventure that launched a thousand inferior straight -to-video sequels, this 1988 film was executive produced by two members of the Bearded Trio (Spielberg and George Lucas) and features a beautiful score by the late James Horner to go with the superb animation from Don Bluth and company. This epic of orphaned young dinosaurs traveling to find a new home may be a little too intense for some very young children, but it's one of the best of Amblin's animated productions, and it was instrumental in ushering in the Disney renaissance by being one of the films that actually gave the Mouse House some serious competition. 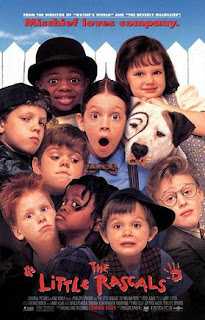 Director Penelope Spheeris' 1994 remake of/tribute to the Hal Roach Our Gang comedies (re-christened The Little Rascals for television) was poorly received by critics upon its release, but it was a moderate box office success, and to the millenial generation that grew up on it has become something of a cult classic.

This one has actually been on Netflix for quite a while, but I still thought it was worth including. Launched with considerable fanfare in fall 1993, SeaQuest never became the hit Amblin or NBC hoped it would be, and today is likely best remembered for being publicly badmouthed by its star, Jaws' Roy Scheider.  But I enjoyed the series as big, goofy, family- friendly  '90s TV sci-fi fun. 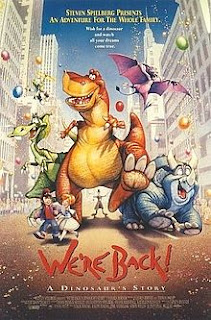 We're Back! A Dinosaur's Story

The least remembered of Amblin's dinosaur movies, We'really Back an animated film from 1993 about dinosaurs in modern day New York City. It's a cute little children's film that falls a bit flat in terms of story and humor, and unfortunately doesn't equal the best Amblimation titles.

So if you're in the mood to either revisit some old favorites or check out some Amblin titles you haven't seen, head over to Netflix and give them a look.