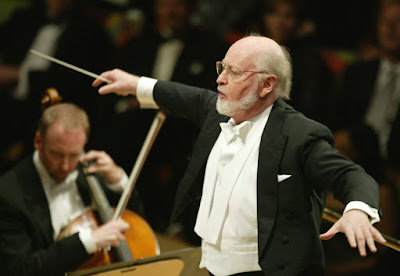 The wonderful wizarding world of Harry Potter is coming to Universal Studios Hollywood on April 7th and to celebrate, Harry Potter actors Warwick Davis, Tom Felton, Evanna Lynch, James Phelps and Oliver Phelps will be on the red carpet at the Grand Opening on 5th April.  But the big news is that the composer of the first three Harry Potter movies, JOHN WILLIAMS will be in attendance.

The attraction has been five years in the making, and features a stunning recreation of Hogwarts castle as well as Hogsmeade village.

Following in the footsteps of Universal Orlando Resort and Universal Studios Japan, the Hollywood attraction will bring back some of the fans' favourite rides, as well as a few new surprises.

For example, the ride Harry Potter and the Forbidden Journey – which is featured at both the Orlando and Japan theme parks – will bring new state of the art 3D-HD technology for the first time in the US, promising visitors a trip with a, well, whole new dimension. The Flight of the Hippogriff will be Universal Studio Hollywood’s first outdoor rollercoaster.