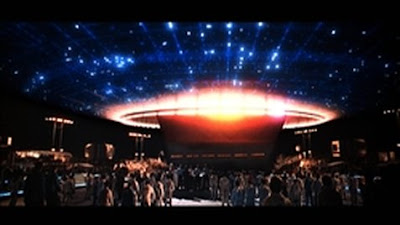 Last month when I blogged about the humanity of Steven Spielberg films, I had to sit down and revisit a couple of his classics, Jurassic Park and Close Encounters of the Third Kind. As I am watching these two and thinking of Jaws, the Indiana Jones series, The Color Purple, Schindler’s List, and Saving Private Ryan it brings to mind how Spielberg has a knack of taking a hot topic and making an entire film around it. Or name an emotion and each film will make you feel at least one of them. Fear (Jaws), Excitement (Indiana Jones), Sadness with a little bit of hope (Schindler’s List), or experience the horrors of war (Saving Private Ryan).

As a people, nothing can bring us together like an outside threat, or what is initially perceived as a threat. When I came to the end scene in Close Encounters, where the aliens are communicating with the scientists through different musical notes, I began to wonder; if we were visited by an alien race would we be so welcoming? Or would we be held in the grip of fear? The unknown has always caused the human species to resort to its basic animalistic instinct. Usually one of two things happen; we either run in fear of what will happen to us, or we attack as a means of defence. “The only thing we have to fear is fear itself” President Franklin Delano Roosevelt once said in his speech after the bombing of Pearl Harbor. 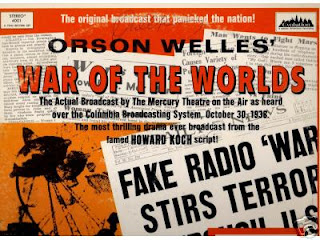 But does that pertain to this particular article? Roosevelt was referring to a known threat in the Japanese Empire during WWII. If Earth was visited by an alien race is it not in our nature to want to discover new and exciting things? So why is there this immediate reaction to worldwide panic anytime the thought of a new form of intelligent beings visiting our home? Is it because it is assumed that they will be technologically more advanced than us and will seek to destroy our small home? I am not saying that the people of Earth would react this way without question, but it is the assumed reaction. Just ask Orson Welles. Perhaps now that we have reached the 21st century and our knowledge of such things is a little clearer, we won’t let the lack of knowledge rule our decision making, but I cannot help but think that there will be certain news organizations that will stir up the fear factor in order to get ratings. 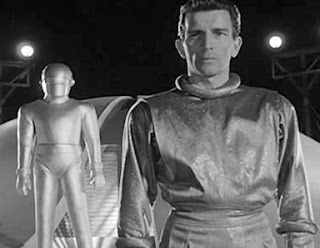 Let’s turn our attention to another classic film that dealt with alien visitors, The Day the Earth Stood Still. This film is poignant on so many levels. It really is the shining diamond of 1950s B-rated science fiction films. I won’t insult your intelligence by summarizing the movie for you; I will assume that most who are reading this have seen it. I want to focus on the final scene in this film which mirrors Close Encounters, except the mirror is one used in a circus. Instead of welcoming Klaatu to Earth as the friendly individual that he was, we shoot him out of fear and then fail to head his warning at the end, as we continue to destroy ourselves on a daily basis.

I for one will gladly board an alien vessel and learn more from the unknown. Yes, leaving my family and all I’ve ever known will be difficult, but it’s bigger than that. It is a giant leap for humankind. We must not panic and/or react threateningly, we should welcome our new friends to Earth and teach them our ways and learn from them at the same time.