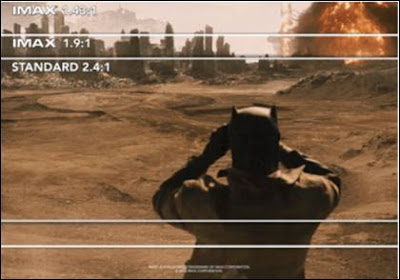 LOS ANGELES – March 28, 2016 – IMAX Corporation (NYSE:IMAX) today announced that Warner
Bros. Pictures’ Batman v Superman: Dawn of Justice opened with a record-setting $36 million on 945 IMAX screens globally — the widest-ever day-and-date debut for an IMAX release — resulting in the best-ever worldwide launch for a film outside the summer and Christmas play periods, as well as the highest opening for a March release, surpassing Alice in Wonderland (with $15.3 million). Overall, Batman v Superman now stands as the third-largest global opening for IMAX behind Star Wars: The Force Awakens — which earned $47.5 million during opening weekend — and Jurassic World (with $44.1 million).

Domestically, Batman v Superman: Dawn of Justice also saw the highest IMAX opening in March, with $18 million on 388 IMAX screens, which translates into a powerful $46,000 per-screen average. The film kicked off the domestic weekend with particularly strong presales, continuing that momentum with sellouts throughout the weekend.

“Batman v Superman: Dawn of Justice represents the ultimate superhero movie showdown; given our rich history with these characters and Zack’s use of our cameras, we are pleased that IMAX fans around the world have responded to his version of The IMAX Experience® in this record-setting way,” said Greg Foster, Senior Executive Vice President, IMAX Corp. and CEO of IMAX Entertainment. “We’d like to extend a huge congratulations to our friends and long-time partners at Warner Bros., Zack Snyder, Charles Roven and Deborah Snyder for this phenomenal achievement. We are honored to have been a part of this film in such a meaningful way and look forward to its continued global success.”

The IMAX® release of Batman v Superman: Dawn of Justice was shown in its digitally re-mastered format, which includes the image and sound quality of The IMAX Experience® with proprietary IMAX DMR® (Digital Re-mastering) technology. The crystal-clear images, coupled with IMAX’s customized theatre geometry and powerful digital audio, create a unique environment that will make audiences feel as if they are in the movie.

IMAX, an innovator in entertainment technology, combines proprietary software, architecture and equipment to create experiences that take you beyond the edge of your seat to a world you've never imagined. Top filmmakers and studios are utilizing IMAX theatres to connect with audiences in extraordinary ways, and, as such, IMAX's network is among the most important and successful theatrical distribution platforms for major event films around the globe.

IMAX is headquartered in New York, Toronto and Los Angeles, with offices in London, Tokyo, Shanghai and Beijing. As of Dec. 31, 2015, there were 1,061 IMAX theatres (943 commercial multiplexes, 19 commercial destinations and 99 institutions) in 67 countries. On Oct. 8, 2015, shares of IMAX China, a subsidiary of IMAX Corp., began trading on the Hong Kong Stock Exchange under the stock code “HK.1970.”

IMAX®, IMAX® 3D, IMAX DMR®, Experience It In IMAX®, An IMAX 3D Experience®, The IMAX
Experience® and IMAX nXos® are trademarks of IMAX Corporation. More information about the
Company can be found at www.imax.com. You may also connect with IMAX on Facebook (www.facebook.com/imax), Twitter (www.twitter.com/imax) and YouTube  (www.youtube.com/imaxmovies).

Snyder directed from a screenplay written by Chris Terrio and David S. Goyer, based on characters from DC Comics, including Batman, created by Bob Kane with Bill Finger, and Superman, created by Jerry Siegel and Joe Shuster.  The film is produced by Charles Roven and Deborah Snyder, with Wesley Coller, Geoff Johns and David S. Goyer serving as executive producers.