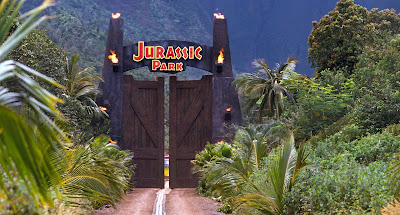 The wonderful soundtrack to Steven Spielberg's 1993 classic, Jurassic Park is to be played out live by the Royal Philharmonic Concert Orchestra while the movie plays on the big screen at London's Royal Albert Hall this November.

Conducted by Ludwig Wicki, it will be one of three Spielberg films – all scored by John Williams – that will be screened with a live orchestra at the venue this year, along with Raiders of the Lost Ark in March and ET in December.

Lucy Noble, Director of Events at the Royal Albert Hall, said: “No-one will ever forget the first time they saw Jurassic Park, one of the scariest – yet most magical – movies in cinema history.”

“Nor will they forget John Williams’ extraordinary score, which did so much to create that sense of terror and wonder, while giving us a triumphant, overpowering gem of a theme tune. This unique presentation of the film, premiering at the Hall [in November] will allow audiences to experience the majesty of Jurassic Park in and all-new way.”