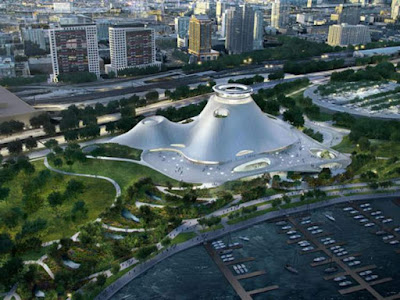 A lawsuit that aims to block Star Wars creator George Lucas from building a $400m museum along Chicago's lakefront has been given approval to move forward.

Friends of the Parks, a non-profit organisation, wants to halt plans to build the Lucas Museum of Narrative Art.

The Associated Press broke the news and as they say this further set back could end up killing the museum dream for Chicago.  How long before Lucas decides on a different location?

Friends of the Park Facebook page published this response to the news yesterday:

Great News!!! Friends of the Parks is celebrating a victory. The judge denied the city's motion to dismiss our Lucas Museum case. Discovery will proceed. Thank you to our legal team and supporters.

“We think that the sale of the property to George Lucas’ foundation – a lease that could run for 297 years – is a boon not to the public but to Mr. Lucas himself. And this sale is in conflict with the purpose for which the land is held in trust – the express purpose being to preserve the land for the public and future generations as a pristine natural resource,” said Fred Bates, Friends of the Parks board vice-chair and co-chair of the Policy Committee.

Friends of the Parks is supportive of the Lucas Museum coming to Chicago, but the organization continues to oppose its siting on lakefront open space. Long known for its advocacy to keep Chicago’s lakefront “open, clear, and free” per the call of Chicago urban planners and park visionaries of a century ago, the park advocacy group believes that the siting of the Lucas Museum in this lakefront location contradicts the public trust doctrine and its central principle that the general public is the beneficiary of this public lakefront parkland.
“This is not a new issue given Friends of the Parks’ mission and extensive public opposition to the proposed siting of the Chicago Children’s Museum in Grant Park, a collaborative battle that we won a number of years ago,” says Lauren Moltz, Friends of the Parks’ board chair. “It’s a slippery slope, and we will continue to defend our lakefront from encroachment.”

It is worth noting that the Facebook and Twitter pages for The Lucas Museum of Narrative Art have not been updated since last year and the news section of their website was last updated in October 2015.