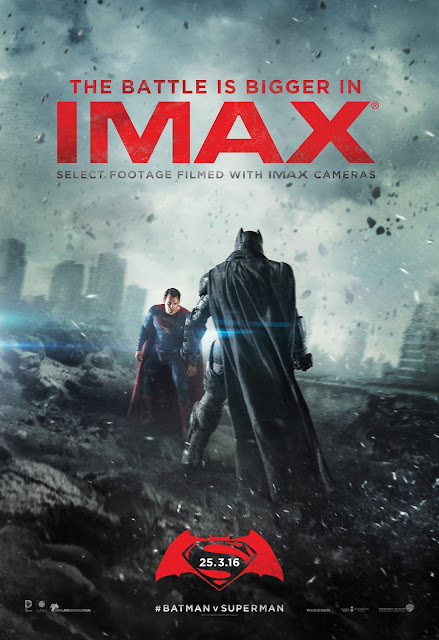 In anticipation of the upcoming release of Batman v Superman: Dawn of Justice, IMAX released exclusive art which depicts Batman and Superman at war with one another while the world decides which hero it will choose to stand behind.

Select sequences in Batman v Superman: Dawn of Justice were filmed with IMAX cameras to put movie-goers in the middle of the action.

About Batman v Superman: Dawn of Justice
Fearing the actions of Superman are left unchecked, Batman takes on Superman, while the world wrestles with what kind of a hero it really needs. With Batman and Superman fighting each other, a new threat, Doomsday, is created by Lex Luthor. It's up to Superman and Batman to set aside their differences along with Wonder Woman to stop Lex Luthor and Doomsday from destroying Metropolis.

The IMAX release of Batman v Superman: Dawn of Justice will be digitally re-mastered into the image and sound quality of An IMAX Experience® with proprietary IMAX DMR® (Digital Re-mastering) technology. The crystal-clear images coupled with IMAX's customized theatre geometry and powerful digital audio create a unique environment that will make audiences feel as if they are in the movie.