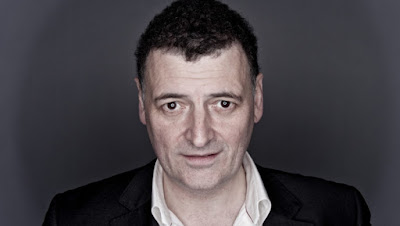 It was announced today that Doctor Who showrunner Steven Moffat will be stepping down as the show's lead writer and executive producer after a holding the position for the last six years. Chris Chibnall (Broadchurch, Life on Mars, Torchwood, Law & Order UK) will assume the duties after Moffat leaves.

Series 10 of Doctor Who will air the final 12 episodes under Moffat in the spring of 2017, and Chibnall's first series will air some time in 2018. There will be a Christmas Special this year, overseen by Moffat. It will feature Peter Capaldi, of course, but there is no word on a new companion for the Doctor just yet -- but there will definitely be one in place for 2017.

On his decision to leave Doctor Who, Moffat had this to say:

“Feels odd to be talking about leaving when I’m just starting work on the scripts for season 10, but the fact is my timey-wimey is running out. While Chris is doing his last run of Broadchurch, I’ll be finishing up on the best job in the universe and keeping the TARDIS warm for him. It took a lot of gin and tonic to talk him into this, but I am beyond delighted that one of the true stars of British Television drama will be taking the Time Lord even further into the future. At the start of season 11, Chris Chibnall will become the new showrunner of Doctor Who. And I will be thrown in a skip.”

BBC1 Controller Charlotte Moore explains the reasoning behind the wait for series 10:

“I have decided to schedule Steven’s big finale series in Spring 2017 to bring the nation together for what will be a huge event on the channel.   2016 is spoilt with national moments including the Euros and Olympics and I want to hold something big back for 2017 - I promise it will be worth the wait!”

Chris Chibnall, himself a huge Doctor Who fan, had some kind words for the show and his predecessor: 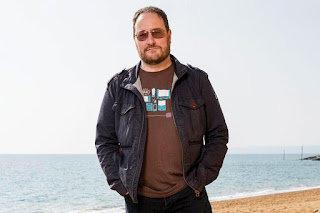 "Doctor Who is the ultimate BBC programme: bold, unique, vastly entertaining, and adored all around the world.  So it's a privilege and a joy to be the next curator of this funny, scary and emotional family drama. I’ve loved Doctor Who since I was four years old, and I’m relishing the thought of working with the exceptional team at BBC Wales to create new characters, creatures and worlds for the Doctor to explore.  Steven’s achieved the impossible by continually expanding Doctor Who's creative ambition, while growing its global popularity. He’s been a dazzling and daring showrunner, and hearing his plans and stories for 2017, it’s clear he’ll be going out with a bang. Just to make my life difficult."

For more on Doctor Who, please visit: http://www.bbc.co.uk