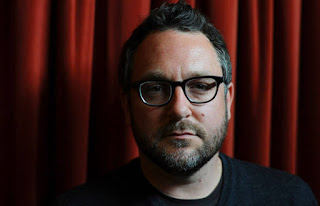 A few weeks ago fans of George Lucas started an on-line petition to get the Star Wars creator back to direct Episode IX.  Lucas is enjoying retirement and promised never to direct any big budget movies again, instead wanting to return to experimental movies for his friends that no one is likely to see.  Currently Jurassic World director, Colin Trevorrow is in line to direct the last in the new trilogy.  Trevorrow spoke to Entertainment Tonight.  He said:

"It’s funny. I saw that, and it was on a day where I was at Lucasfilm giving this big speech to everyone about how we want to channel the invention and just the raw creativity and the boldness that George brought to these films and not being afraid that we’re going to embarrass ourselves by doing something that might be crazy.”

“When George Lucas made ‘Star Wars,’ a lot of people thought it was crazy. When you try to pitch what that movie’s about — if you’ve never heard of ‘Star Wars’ before, you say, ‘Here’s a character. His father’s part robot, but he can also do magic. And there’s a guy who can fly in a spaceship. He’s got a dog for a friend!’ — it sounds insane. But it’s the greatest story ever told. I just want to embrace that kind of invention andcreativity that he brought to it.”

I think George is enjoying retirement too much to ever come back to the Star Wars universe.  His focus is on small movies, his museum vision and of course his family.