Cinematographer Vilmos Zsigmond, winner of an Oscar for “Close Encounters of the Third Kind” Has Died 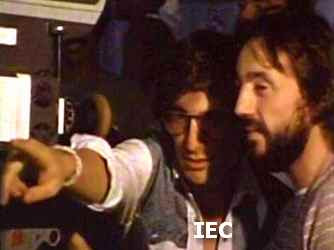 Sad news as we discover that Hungarian-born cinematographer Vilmos Zsigmond, winner of an Oscar for his achievements on “Close Encounters of the Third Kind” has died at 85.  He died on January 1st.

Over a period of five decades in Hollywood, his other outstanding achievements included “Deliverance,” “Blow Out,” “The Ghost and the Darkness” and such Robert Altman films as “McCabe and Mrs. Miller” and “The Long Goodbye.” And he considered it the ultimate compliment that no two of his movies looked alike.

The young Spielberg selected him for his debut feature “The Sugarland Express” (1974); De Palma’s “Obsession” followed. Spielberg was so pleased that he used Zsigmond on the breakthrough “Close Encounters of the Third Kind,” which brought him his first Oscar. But in an interview, Zsigmond professed dissatisfaction about working with Spielberg; despite having many good ideas for the look of the film, he felt like nothing more than a glorified cameraman. He never worked with the director again.

He was born in Cegled, Hungary, the son of a famous soccer player. After studying for four years at the Budapest Film School, he left his native land at age 26 after furtively filming the Russian invasion along with fellow student Laszlo Kovacs. They were detained at the Austrian border but then released, taking the footage with them, and it was later incorporated into his documentary “Hungary Aflame,” CBS’ 1961 documentary “Twentieth Century” and the 2009 documentary “No Subtitles Necessary: Laszlo and Vilmos,” which detailed the long relationship between the two lensers.

For several years he worked as a still photographer and lab technician, assisting in the photography of 1962’s “Wild Guitar.” His first credit as cinematographer was on cult film “The Sadist” in 1963. For several years he worked on other exploitation films including “Incredibly Strange Creatures Who Stopped Living and Became Mixed-Up Zombies” along with Kovacs and other horror pics including “Horror of the Blood Monsters” and “Five Bloody Graves.” He also shot the low-budget comedies “Tales of a Salesman” (1965) and “The Monitors” (1969).

Zsigmond was a member of the Board of Governors of the Academy of Motion Picture Arts and Sciences (cinematographers branch) beginning in 2007.

For his outstanding work Zsigmond was honored with lifetime achievement awards from the ASC in 1999 and Poland’s cinematography-focused festival Cameraimage in 1997.