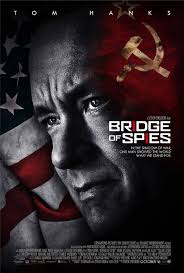 Steven Spielberg's spy thriller, 'Bridge of Spies' has been revealed to be a nominee by The Writers Guild of America.  The nominations were announced Wednesday.

The Writers Guild of America will present the awards on Feb. 13.