Bob Iger Once Again Reminds Us That Indy V Is Coming 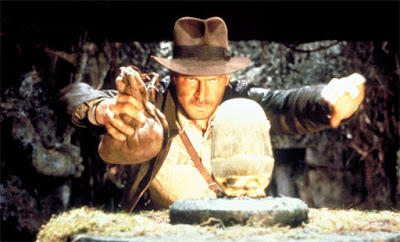 It seems that every month we get a little reminder from the people at the top of Lucasfilm, Disney or one of the creators that Indiana Jones is coming and to just be patient.  Bob Iger the CEO over at Disney is taking his turn this month.  While talking to Bloomberg he dropped in the reminder while talking about Star Wars, “Indiana Jones, by the way, which will be coming.”

Last month we had Steven Spielberg tell us that Indy won't be recast and that he's willing to do an Indy V but sooner rather than later.  Frank Marshall the legendary producer has insisted it's on the cards as soon as they figure out what they are going to do.  Harrison Ford, Kathleen Kennedy and others associated with the franchise have all voiced the same statement that once they all know which direction to go, they will be moving forward quicker than a boulder chasing down Indy himself.  I suspect that the other franchise known as Star Wars is the main focus at this time.