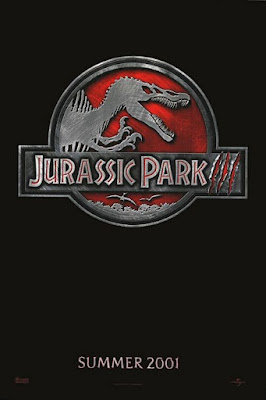 You can either love or hate it, but 14 years ago it premiered in the US: Jurassic Park III. 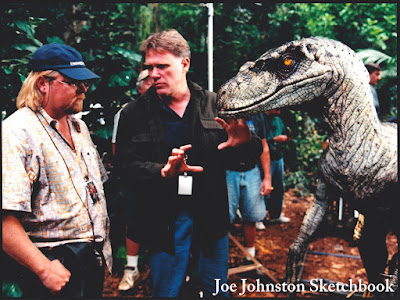 After directing the first two films in the franchise, Spielberg opted for the title of Executive Producer and made way for Joe Johnston to take the helm. Johnston was supposed to have directed the second installment, before Steven decided to direct that episode himself, so he had to make up for this by offering the third chapter to Joe. 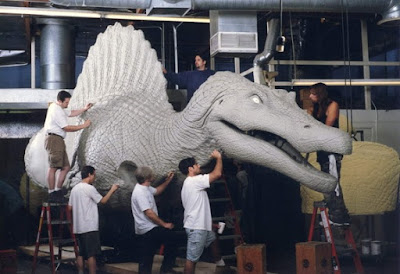 Of course the CGI possibillities had grown considerably, since Jurassic Park in 1993, but nevertheless the craftsmen (and -women) at Stan Winston's Studio build a considerable amount of life-size dinosaurs, to interact with the actors on the set. 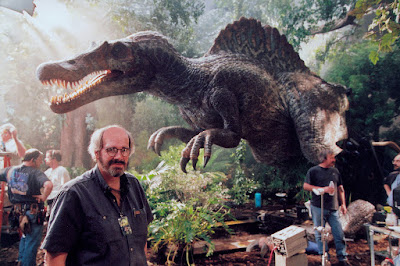 Even Jack Horner returned to assist the crew with his knowledge on dinosaurs, but in the end the film didn't (quite) live up to it's predecessors, both in look as in box-office returns, when the film went on general release two days after its premiere. 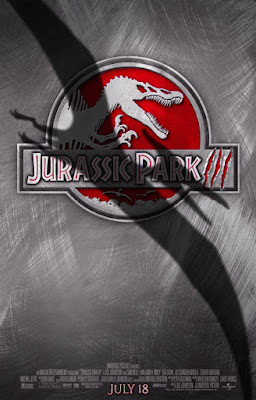 As for me, I liked the film, but in my opinion it was too short, just as I was getting into the action, the army arrived and the story came to a halt, cold turkey. 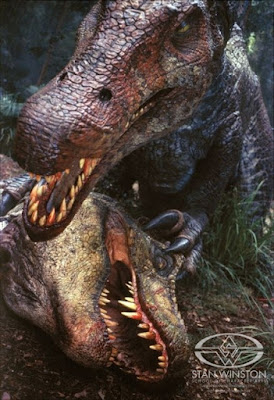 So, however not the best in the series, it's still worth a (re)watch, from time to time.