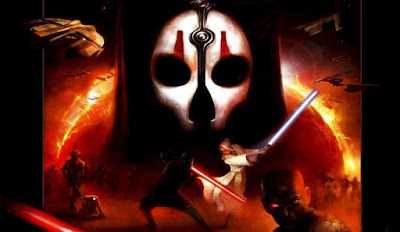 10-year-old video game Star Wars Knights of the Old Republic II: The Sith Lords has just received an OFFICIAL update on Steam.  It seems to have caught everyone by surprise.  Disney Interactive and Lucasfilm were behind the update.  The update includes:

• 37 achievements to be earned through gameplay
• Steam Cloud saves
• Native widescreen resolution support
• Resolution support up to 4K and 5K
• Support for controllers, including Xbox 360, Xbox One, Playstation
3, and Playstation 4, along with several others (check the system requirements for details)
• Steam Workshop support! We proudly worked with the Restored Content Mod Team to have their famous TSLRCM up on launch day

Oh...and we added a "Force Speed Effects" option in the menu ;)

The game was released ten years ago and was one of the most eagerly awaited games after the success of the first one which is still ranked as one of the best Star Wars games ever made.  Unfortunately the second game was slated for being full of bugs and took a number of fixes before the game was playable from beginning to end.

Still in a recent poll conducted by myself a few months back Knights of the Old Republic II came in at number 3 in our quest to find the best Star Wars games ever.  For the record the first KOTOR took top spot.