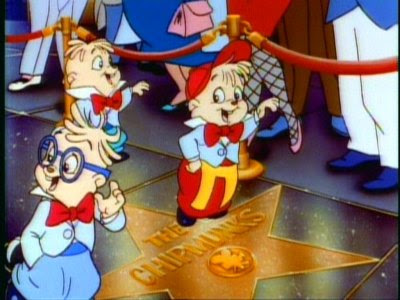 Going through my old VHS collection, I recently stumbled upon a few tapes I recorded from TV, somewhere in the early nineties of a couple of episodes of Alvin and the Chipmunks.

Most of us are familiar with the CGI version of Alvin's little friends, the Chipmunks.
In the eighties Alvin had to save his adopted Chipmunks (almost) every week in an animated series, that ran from 1983 to 1990. 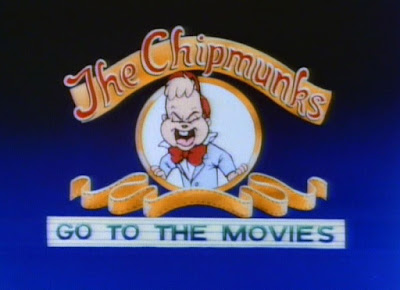 In it's 8th and final season the Chipmunks spoofed various big Hollywoodfilms (Back to the Future, Gremlins, King Kong, Star Trek, Batman and RoboCop, to name just a few). 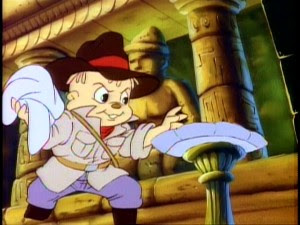 However, the episode that is of interest today, is the 5th one in this (final) series, it's one with a groovy title: Daytona Jones and the Pearl of Wisdom. I haven't been able to find a DVD version of the entire series, (or at least season 8), but thank god for YouTube...