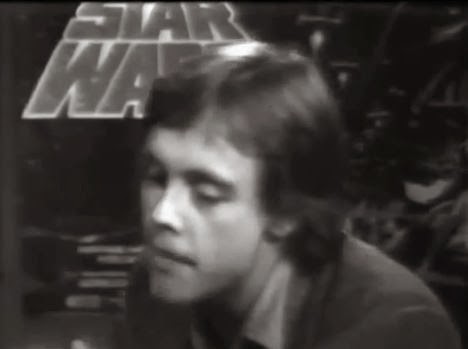 In what can only be explained as a very British interview, Mark Hamill talks to the Imperial College in London days before the opening of Star Wars in the UK.  Its extremely retro containing words such as "baddies" and "goodies."
At over 20 minutes its a rare in-depth interview with the young actor who discusses his audition, his casting call and George Lucas to name a few.  In one part his explains how he is sick of talking about Star Wars which is interesting this early on in its long history.  His next interview he explains, or rather his interviewer does is Blue Peter which Mark confesses to watching while he was in the UK.